Mel B.’s Glitter Unicorn Hair Is Her Craziest Style Yet 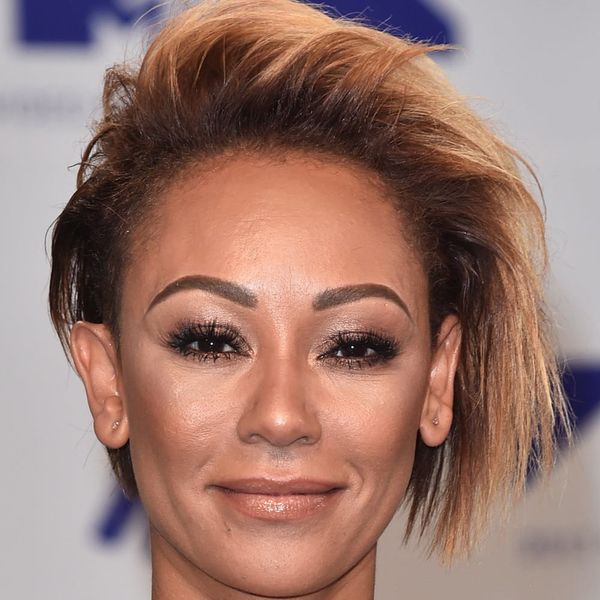 There’s been plenty of mind-blowing acts to perform on America’s Got Talent this season, from the Pompeyo family dogs to the 14-year-old singing wonder, Evie Clair (Grace VanderWaal 2.0?). The real MVP of the NBC show, however, has to be Mel B.’s hairstylist, Gary Madatyan. From sleek, chic bobs to long, wild curls to a mid-season chop, her coif has been keeping us on our toes. The latest look that made us yelp in awe was the rainbow glitter explosion from the finale episode on Sept. 19 that would make Lisa Frank jealous.

Featuring streaks of purple, blue, yellow, green, and pink, the slicked-back style also included plenty of sparkle, which, frankly, we’re not sure she’ll EVER be able to fully wash out. She paired the look with soft, neutral makeup, leaving the focus on her wild, attention-grabbing coif.

But, let’s be honest: Girlfriend has been serving looks all year. Check out the best head-turning styles she’s donned this season, below.

1. Pretty in Pink: A loud fuchsia pop of color was all the “For Once in My Life” singer needed to take an otherwise ordinary outfit next level. (Photo via Trae Patton)

2. Lady in Red: The judge went ALL out for this fire-engine style, adding in some feather-like accessories that not only matched her gown, but blended into her hair so well that they looked oddly… natural? (Photo via Paul Archuletta/Getty)

3. Sexy in Silver: Long before Kim Kardashian West was flirting with silver in the form of her uber-blonde tinted locks, Mel B. was pulling off “ice queen” like nobody’s business, thanks to her silver-white tress transformation back in August. (Photo via Jon Kopaloff/Getty)

4. White Hot: Looking a bit like the Mother of Dragons from everyone’s favorite HBO hit, Game of Thrones, the 42-year old gave us her best hair flip, showing off a hidden glittery blue scalp where she had shaved part of her head.

Which of Mel B.’s crazy hairstyles was your favorite? Tell us over @BritandCo.

Nicole Briese
Nicole is the weekend editor for Brit + Co who loves bringing you all the latest buzz. When she's not busy typing away into the wee hours, you can usually find her canoodling with her fur babies, rooting around in a bookstore, or rocking out at a concert of some sort (Guns N' Roses forever!). Check out all her latest musings and past work at nicolebjean.com.
Celebrities
Hair
Celebrities Celebrity Hair Hair Color