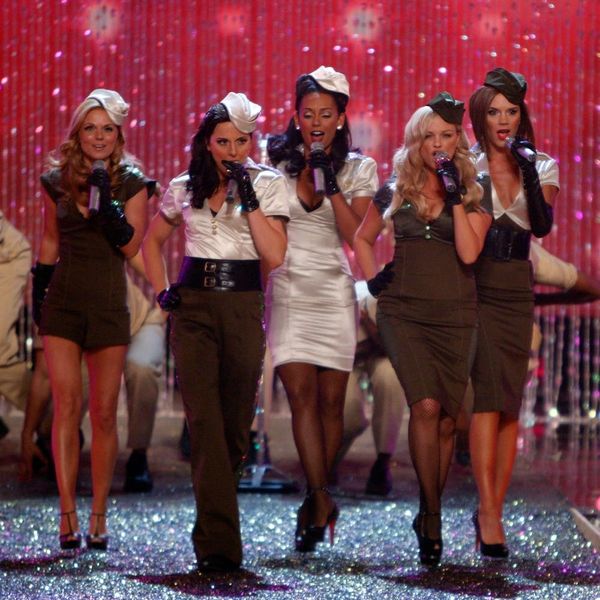 The Spice Girls have been teasing us with reunion rumors for years, and it finally (kind of) happened. Four of the five ladies make appearances in Mel C’s new music video for “Room for Love,” from her album Version of Me. But one Spice Girl is missing.

The video features some of the clips Mel C crowdsourced from fans, showing them lip-synching to her touching new tune. It’s a lovely way for the singer to incorporate those who like her music into her latest project.

There are fun cameos from fellow musicians Natalie Imbruglia and KT Tunstall too, but our favorite special guests are Victoria Beckham, Emma Bunton, and Geri Horner (formerly Geri Halliwell), who all sent their pal footage of themselves singing her song and showing some love. So sweet!

Fans couldn’t help but notice, though, that the fifth Spice Girl, Mel B, is not in the video. The star is currently caught up in a nasty divorce and ongoing legal battle with her ex, and also recently lost her father, who had been battling cancer.

Mel C wanted to make it clear that an invitation to be included was extended to Mel B. “I don’t want it to look negative because it’s not, it’s not a big deal, I reached out to lots of other people and everyone’s busy,” Mel C told the Press Association, according to E! News. “She didn’t get round to doing it and obviously it does concern me…I think people will pick up on that but I don’t want anything to be made of it.”

She added, “Having four of the Spice Girls in [the video] is really special. Geri’s in there briefly, Emma’s done a really lovely one, and last but not least, Victoria Beckham found time to do a little one for me.”

While we would definitely love to see all five ladies together, seeing four Spice Girls in a new video is almost as good.

Would you like to see an actual Spice Girls reunion? Let us know @BritandCo!