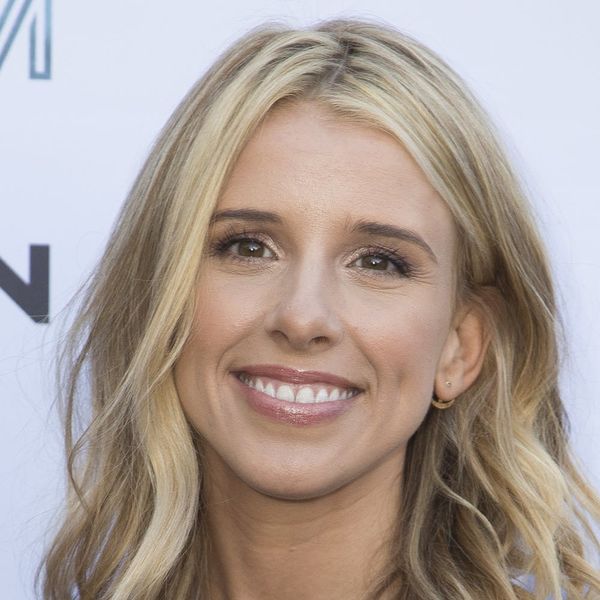 Since sexual harassment and assault allegations have begun pouring forth from victims across the country after years of silence, one of the main question on the lips of those casting doubt on their validity seems to be, ‘Why now? Why are so many women coming forward in droves to share their experiences with assault?’ Melissa Schuman, who recently accused Backstreet Boy Nick Carter of raping her 15 years ago when she was just 18 years old, answered that very question on the Dr. Oz show yesterday, explaining that she was previously advised to be silent.

Echoing statements she made in her initial blog post detailing the alleged incident, she said, “I had actually confided to my manager [Nils Larsen] at that time, about pressing charges, and I was told that [Carter] had the most powerful litigator in the country and that I didn’t have the money to pay for an attorney to essentially defend me if he were to come after me,” she said. “And then [my manager] was also just like, ‘You know, you’re trying to build a name for yourself right now, everyone’s gonna call you fame hungry, that you’re trying to use this to better yourself or get your name out there, and at this point, there’s nothing we can do.”

The young star on the rise said she was none too pleased to hear it, asking, “That’s it? He just gets away with it?”

When pressed about why she’s chosen to speak up now, after all these years, she said that the actions of others coming forth in the media heavily influenced her decision. “Since the Harvey Weinstein allegations came out, it was a big trigger for me,” the 33-year-old quipped. “I started to notice whereas I had kind of suppressed a lot of the memories for years with all these other brave women coming forward, I started to notice that I had a lot of anxiety manifesting in my body that was really making it hard for me to carry on, like every single day. It was really impacting me mentally and spiritually and emotionally.”

The Dream singer says it was at the advice of a friend that she ultimately decided to voice her allegations publicly. “I told her I didn’t want to, I was actually waiting for somebody else, if there was anybody else to come forward before me, because I didn’t want to be the whistleblower.”

A tearful Schuman then recalled the words of her friend, who reportedly told her, “Melissa, now is the time, there’s been no other time in history that women have been able to stand up and speak out and be able to be supported.”

She had a message for her accused assailant, as well, though it might not be the one you’d expect. “That I forgive you,” she relayed to Dr. Oz. “I don’t want anything from you. I wish you only the best. I don’t want your money… I didn’t do this to hurt you, or your family. I did this for me, ‘cause I needed this healing. And I also did this… I also came forward because I want to inspire other victims, other people who’ve been assaulted to come forward and know that they have a voice.”

Carter denied all allegations made by Schuman at the time they were made, releasing a statement to People to say that he was “shocked and saddened” by them.

“Melissa never expressed to me while we were together or at any time since that anything we did was not consensual,” he continued. “We went on to record a song and perform together, and I was always respectful and supportive of Melissa both personally and professionally. This is the first that I am hearing about these accusations, nearly two decades later. It is contrary to my nature and everything I hold dear to intentionally cause someone discomfort or harm.”

What do you think of Melissa’s explanation? Share with us @BritandCo.