Miley Cyrus, Lady Gaga, and Other Celebrities Affected by the California Wildfires 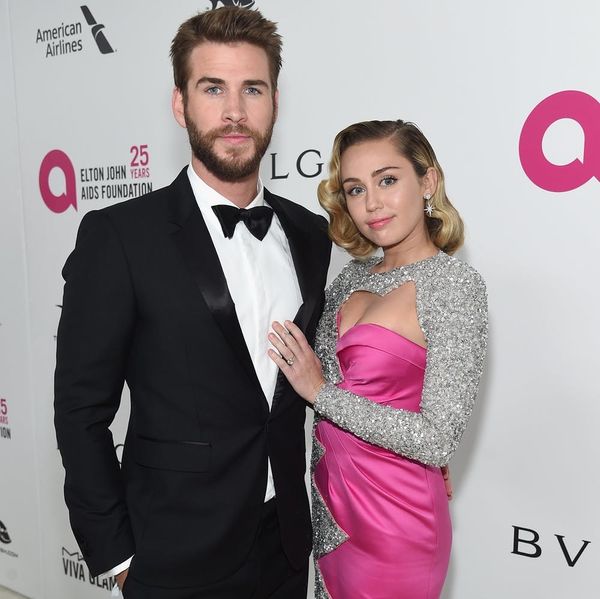 Not even the rich and famous have been spared the devastation of the Woolsey Fire currently raging through swathes of Southern California. Woolsey is one of three wildfires ripping through the state since late last week, and part of an alarming increase in the frequency and severity of such fires that experts are attributing directly to climate change. News broke over the weekend that parts of the famed Bachelor mansion had been destroyed by the blaze.

Others in the entertainment industry have had to either evacuate their homes or, tragically, have lost their homes altogether. Many are taking to social media to report updates on their safety while issuing well wishes to others in the area.

On Sunday night, Cyrus confirmed via Instagram stories that the house she shares with fiancé Liam Hemsworth “no longer stands.” “My animals and LOVE OF MY LIFE made it out safely & that’s all that matters right now,” she wrote. (Photo via @MileyCyrus/Instagram)

UPDATE: My house is still standing. I’m on my way to bring firefighters water and food.

Milano tweeted Saturday that her home is still standing, two days after tweeting that she and her children and dogs had been forced to evacuate. The actress’ five horses were also saved.

We’re out of the fire zone and are safe. Thinking about all those that are affected and hope you all are safe too.

Jenner confirmed Saturday that she and a friend had been safely evacuated from Malibu, along with their dogs.

The star of the original Charmed series wasn’t home when the fire hit. Friends had been staying over and were able to rescue pets from the house, which Extra reports was sadly destroyed. (Photo by Earl Gibson III/Getty Images)

Driving around Point Dume on Saturday. My heart aches for all those who lost their homes and their lives in California. I was one of the lucky ones, my home was only partially destroyed. A lot of people lost everything and will have to rebuild from scratch. I am ok and so grateful for all of the well wishes. Please turn your support to those who need it most here, and throughout California. There's a Go Fund Me to help people across the state affected by the fires. Please join me if you can. gofundme.com/cause/californiafires

The actor told his 2.3 million Instagram followers that he was one of the “lucky ones” whose home was only partially destroyed. He urged people to turn their support to “those who need it the most,” sharing the GoFundMe page for wildfire victims.

Trying to get my mind off of this fire and snuggling with my niece. We are all safe and that’s all that matters

Kim posted a photo of herself kissing her baby niece True on Instagram on Saturday. “We are all safe and that’s all that matters,” she wrote.

The youngest sisters of the Kardashian-Jenner brood were out of town when the fires hit, but both posted Instagram stories expressing concern for their homes and nearby communities. “Fire is so close to my house,” wrote Kylie, followed by a crying emoji. (Photo by Christopher Polk/NBC/NBCU Photo Bank via Getty Images)

I am thinking so deeply for everyone who is suffering today from these abominable fires & grieving the loss of their homes or loved ones. I’m sitting here with many of you wondering if my home will burst into flames. All we can do is pray together & for each other. God Bless You.

Hours after being evacuated from her Malibu mansion, Gaga tweeted that she, too, is “sitting here with many of you wondering if my home will burst into flames.”

The West Wing actor Martin Sheen gave a beachside interview on Friday night to let his four children know that, though his home is likely destroyed, he and his wife escaped unscathed.

this is my street as of two hours ago praying for the safety of all my malibu fam, grateful to our brave firefighters please stay safe 🙏🏼

The Pirates of the Caribbean star shared an alarming image on Instagram of his street backlit by the fire’s bright orange glow. The actor wrote that he is “praying for the safety of all my malibu fam” and thanked the brave firefighters working to contain the blaze.

Our house is somewhere in there. I’m so sad but so thankful that we all made it out safe. Praying for everyone in Malibu, our city is up in flames 💔

Thicke’s wife April Love Geary posted a heart-rending image to Instagram of the area surrounding the home she shared with the “Blurred Lines” singer, engulfed in clouds of smoke. “Our house is somewhere in there,” she wrote. Shelater confirmed the house was tragically lost.