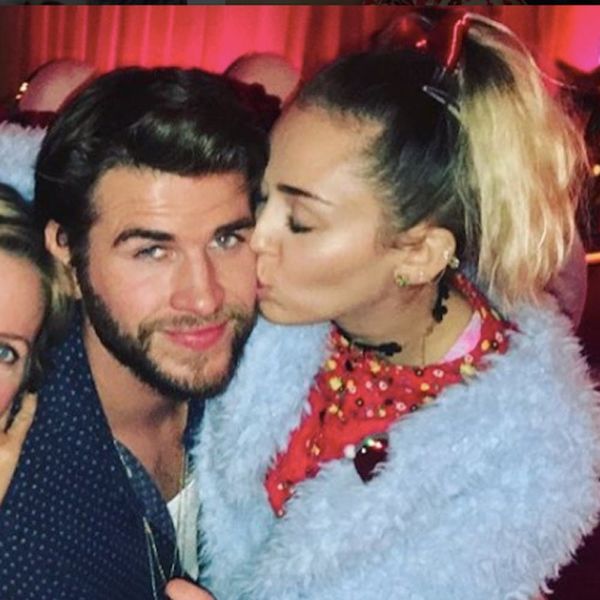 It was just under two months ago that Liam Hemsworth (who’s been steady embracing his newfound status as ½ of one of the Instagram’s cutest couples, right alongside brother Chris and sis-in-law Elsa Pataky) wished “his favorite little angel” the happiest of birthdays, and now, she’s returning the favor, showing the world just how much she loves her man with a super sweet post of her own.

Choosing an adorably quirky (AKA entirely them) photo for the occasion, Miley gave her beau a shout-out, saying, “Happiest birthday EVER to my favorite being EVER EVER EVER!”

She continued on, writing, “You have been my best friend since the day we met…I am beyond lucky to share sooooo many animals with you!!!” (That would be a pig, a unicorn (!!), a dog, a cat and a baby chicken, if her emojis are any indicator). She then added “I love you @liamhemworth” for good measure (as if we all weren’t swooning already — Psh!).

Miley had plenty of love to go around too, wishing another birthday boy, friend Wayne Coyne of The Flaming Lips, a happy one as well.

“Happy birthday to the man in the bubble,” she wrote. “@waynecoyne5!!! You’ve brought so much happiness into my life from the beginning…..once a hero….now a friend….. I <3 you forever! PS I can’t believe that of alllllll da days in a year, my two favorite dudes on the planet share a birfffffday!!!!! MAGIC!”

Awwww, can these two just seal the deal and marry each other already!? (IF they haven’t already, that is!)

Do you make a big deal of your significant other’s birthday on social media? Tell us why or why not @BritandCo.

Nicole Briese
Nicole is the weekend editor for Brit + Co who loves bringing you all the latest buzz. When she's not busy typing away into the wee hours, you can usually find her canoodling with her fur babies, rooting around in a bookstore, or rocking out at a concert of some sort (Guns N' Roses forever!). Check out all her latest musings and past work at nicolebjean.com.
Birthday
Celebrity News
Birthday Celebrity Couples love Miley Cyrus