New Parents: This Gadget Will Save You Sleep 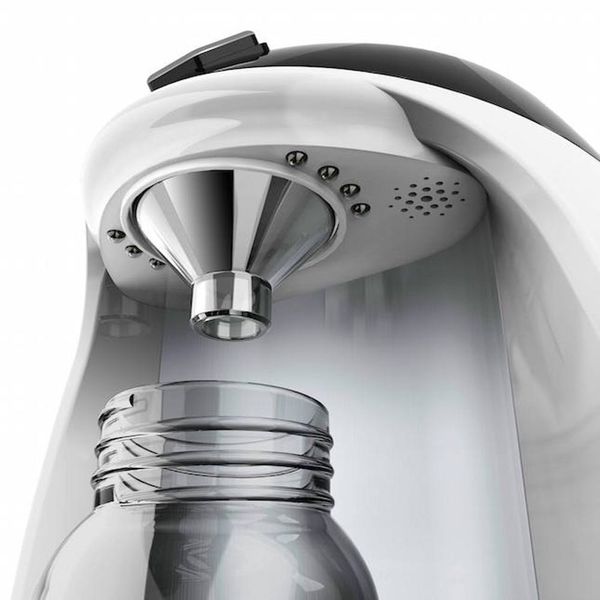 Between all the new amazing baby gadgets out there, from wearable baby monitors to smart thermometers, being a new parent in the twenty-first century definitely has its perks. If your own parents haven’t felt jealous of all that tech yet, they’re going to reach a new level of envy thanks to Milk Nanny, which promises to make those sleepless nights easier than ever.

Imagine a Keurig that not only heats up a bottle of formula at the touch of a button, but also tracks your baby’s feeding habits through an app and knows exactly how much water and powder makes a perfect bottle sans clumping. The Milk Nanny was developed by a new father who would wake up to feed the baby so his wife could sleep. After one too many chilly nights standing at the stove, Derrick Lee had his “aha!” moment.

With a simple scan of the barcode on your formula of choice, the Milk Nanny app searches its database to figure out the ideal proportions. Once it starts, you’ll get a fresh bottle in about 15 seconds. Forget boiling water and measuring powder at 3am. Making your baby’s bottle just got easier than making a cup of coffee.

From suction-cup feet and a childproof water container to ultraviolet sterilization and BPA-free materials, the Milk Nanny has plenty of features that aim to protect your baby. And after getting its Kickstarter funded, the Milk Nanny team plans on developing a cloud that would connect parents with medical professionals who could share advice based on your baby’s growth patterns.

Do you think the Milk Nanny is worth a purchase? Let us know in the comments!

Amanda DiGiondomenico
Amanda is a freelance writer and graphic designer who blogs about living a stylishly nerdy life at The Spendicate. A lifelong resident of Baltimore, MD, Amanda is an art school dropout, who managed to earn a masters degree in nonfiction writing. On the weekends, she's an expert guacamole maker, a novice jogger and an intermediate yogini.
New Parents
Parenting
New Parents Parenting
More From Parenting