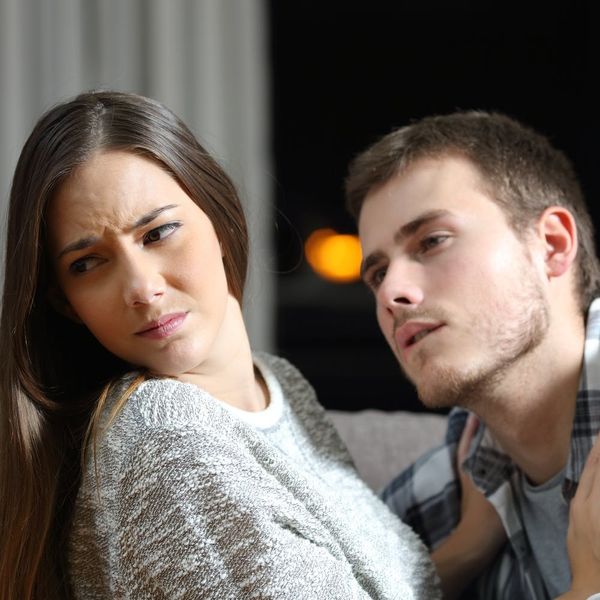 Earlier this week, the short fiction story “Cat Person” went viral after it was published in the New Yorker. Written by Kristen Roupenian, the story tells a very familiar tale of modern dating: getting to know one another (at least somewhat) over text, meeting for a first date, having disappointing and uncomfortable sex, then ultimately figuring out the best way to get out of the situation.

The story struck a chord with many young women (and plenty of men too), who felt they could relate to both the struggle of dating as a millennial, and the particular kind of experience the story talks about.

In “Cat Person,” the main character, Margot, is in her date, Robert’s bedroom, and begins to feel that she doesn’t want to have sex with him after all. But instead, she goes through with it, because it seemed to difficult to say no.

“But the thought of what it would take to stop what she had set in motion was overwhelming; it would require an amount of tact and gentleness that she felt was impossible to summon,” Roupenian writes of the awkward moment before Margot and Robert have sex.

This scene sounded familiar to a lot of women who have said “yes” to or gone along with sex they didn’t really want to have, because saying no felt too uncomfortable or difficult. Five women shared their stories with Brit + Co.

“When I was 21, a woman I’d known since freshman year of college invited me to a party at her place. I was feeling down because I’d just officially broken up with a jerk I’d been seeing for a little while. And at this party, I met a guy.

He was older and really not my type. He was also super nice to me and if I squinted through the alcohol, he made me think of the jerk. I made out with him at the party and drunkenly gave him my number. When he called me a few days later, I wanted to turn him down. But my friends told me to “give him a shot” even though nothing about him was appealing to me.

And yet I slept with him. Twice. It wasn’t like he pressured me. I felt super guilty both times afterwards, because I felt like I’d lied to him by seeming keen. But I also felt like I couldn’t quite say no, because I’d made out with him and let him buy me food and he was nice. He was so nice. And surely nice guys deserve sex? Surely he’d “earned” it?

I mean, in hindsight, no. And I think eventually telling him no — telling him I wasn’t interested in any sort of relationship — was an empowering move. When I think about this today I still feel guilty, though.”

“It’s not exactly like what happened in “Cat Person,” but I have experienced something similar. I said “yes” to sex, but immediately didn’t enjoy what was happening. It wasn’t fun for me and it was borderline painful. I stayed quiet because it seemed easier to just let it happen rather than speak up. I felt like I had to just get through it.

Afterwards, I felt really awful and upset with myself for not being able to stand up for myself in the moment. The difference is that this was someone I had an ongoing relationship with, so I was able to talk to them later and process why I had reacted in that way. I realized it had nothing to do with him (he was horrified that he had hurt me even a little bit without knowing) — it had everything to do with previous trauma. I shut down in the moment because of things I had been through in my past, and that had been my coping mechanism before. I didn’t know I would have that reaction in a sexual environment, so I learned a lot about myself. And luckily, the guy I was sleeping with was really understanding and careful to check in with me about everything from that point forward.”

“Before anything happened, I told the guy that I only wanted to make out. He kept touching my breasts and other places. I kept moving his hand away, he kept putting it back. Then he took my shirt off and I thought, “Ugh, just get this over with.” I was actually embarrassed to move his hand away again. Embarrassed for him. We didn’t have sex, but I remember looking up at the ceiling and feeling so embarrassed. I tried to pretend it was alright, but I was in shock. I couldn’t believe that this seemingly awkward and unassuming guy was pushing me in these ways. I really liked him and I didn’t want to believe he was doing this. It must have been a misunderstanding, right?

As women, we’re taught from a young age that it’s important not to embarrass men. Sometimes we don’t want to anger them or sometimes we don’t want to damage their egos. So, when we encounter a seemingly nice guy who says the right things about sexual assault and calls himself a feminist, but doesn’t act that way — we can sometimes worry about embarrassing them or assume there’s been a miscommunication and that it’s our fault. In that case, it can feel easier to just give in. But I’ve since realized that repeatedly moving his hands away was an unambiguous ‘no’ on my part and that he routinely violated my boundaries. I also think that because I really liked this guy and was at a vulnerable place after a difficult relationship, I didn’t want to believe he was doing something wrong because I badly needed something good in my life at that point. I blocked this behavior out and didn’t tell any of my friends since it didn’t happen again.”

“I was a freshman in college, just 17 years old. I was about five months into my first serious, long-term, loving, flawed relationship — and also five months into having unchaperoned access to alcohol.

I was “In Love,” under-prepared for the demands of an adult relationship, unfamiliar with the “self” part of self-control. Long story short, I cheated. The cheating, though, is not even the worst part of it — the worst part is that I didn’t feel like doing it, but I kept doing it.

Once it had happened more than once, I felt like I had been with this person who was not my boyfriend enough times that I owed him to keep going. So many times he’d brought me drinks, shepherded me onto the fourth floor of the dorm — the floor above my boyfriend’s. He hadn’t told anyone about when we were out and I was drunk and then we were naked and we were together. So even when I was present and he was on top of me and I could have done something, I felt like stopping it would have started something bigger and more damaging to my entire new world. It was easier to just keep doing it.”

Elizabeth King
Elizabeth King is a politics, history, and culture writer based in the Twin Cities. She is generally pretty cranky but still enjoys traveling, music from the early 2000's, and plotting the resistance. Feel free to say hi on Twitter at @ekingc or check out some of her work at www.elizabethcking.com.
Controversy
Current Events
Controversy Dating
More From Current Events