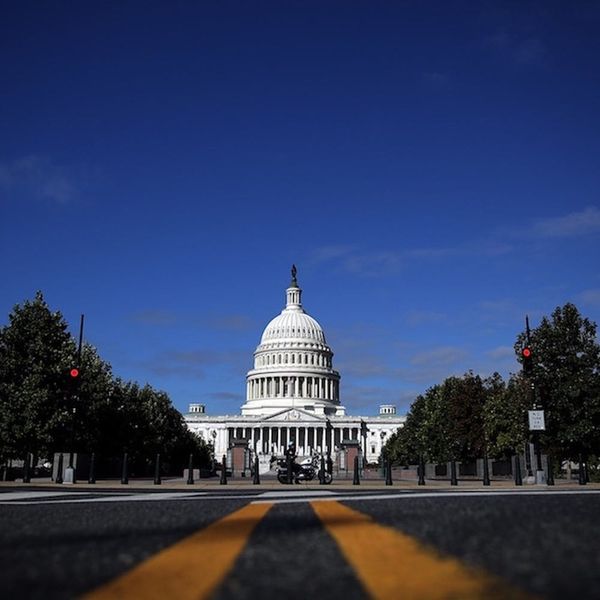 Hoping to make a move in the next couple years, but aren’t sure what city to choose? Well, get your Olivia Pope pantsuits ready, because if you’re anything like the rest of us Millennials, you might soon find yourself thinking DC. A new study out of American University’s business school found that the nation’s capital is one of the best cities in the country for those of us born between 1981 and 1999.

The researchers looked at five major categories — jobs, affordability, career, amenities and people — and surveyed 300 DC Millennials on their thoughts. The results? Overall, the capital scored about 25 percent higher than the national average in terms of attractiveness to Millennials. Whoa!

If you’re thinking of a career shakeup along with a move, DC could definitely be the right place for you. The study found that the city scored 44 percent higher than the average on available jobs, and 40 percent higher than average in terms of long-term career options. And that’s no footnote — this category scored as the most important among the Millennials surveyed.

On the other hand, a definite setback is affordability. The city scored nine percent lower than average. The researchers warn that “if rising costs outpace the growth in salaries, this factor could easily lead to erosion of the region’s overall attractiveness to Millennials.”

That could be why the city has seen a bit of a drop-off of millennial influx over the past few years. In 2012 and 2013, the city had a population of twenty-somethings that was 60 percent higher than the national average. But by 2014, growth in Millennial population had slowed.

“In order to continue attracting this important future workforce to the greater Washington area, and importantly, to retain those Millennials already here, business and community leaders should develop strategies to address the region’s shortcomings, such as how to shorten commutes, connect employees with affordable child care and bring home buying back within reach,” said Erran Carmel, Dean, Kogod School of Business, in a statement.

But the researchers are definitely optimistic that the capital can get its Millennial edge back. Those career numbers definitely have us thinking.

Thinking of making the move to DC? Tweet us why at @BritandCo!

Kylie Kendall
Kylie is a freelance writer living in Ottawa, Canada. When she's not writing, you might find her scoping out all-day breakfast spots in her city or taste-testing every bottle of red wine under $10.
Work
More From Work