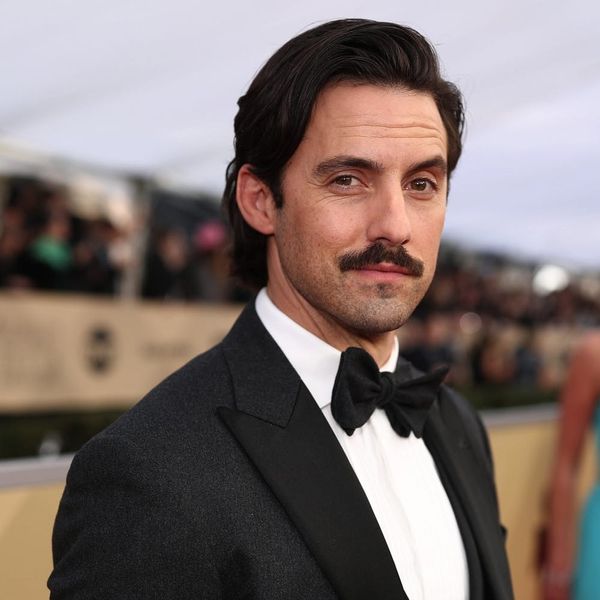 What would Jack Pearson say?! Milo Ventimiglia may be everyone’s favorite TV dad now, but he made his fair share of mistakes and bad decisions back in the day. And now he’s ‘fessing up to one particularly icky act at Disneyland when he was 12.

The This Is Us star wore a Mickey Mouse t-shirt for his appearance on Jimmy Kimmel Live! on Monday, which he explained by saying, “I grew up in Orange County, so I grew up going to Disneyland all the time. And I just woke up, and I was like, ‘I kinda want to roll with Mickey today.'”

Asked about his favorite memories of the “happiest place on Earth,” the 40-year-old had a rather gross confession to make.

“When I was 12, I was there for my birthday, and I was allowed to take two friends — I think it was Aaron Steger and Jeremy Rex,” he began. “One of them had a good idea while we were on the Skytram, which is this cable that runs over Tomorrowland and connects a bunch of those.”

Disneyland’s Skyway permanently shut down in 1994, due to metal fatigue from its 38 years in operation. But Ventimiglia thinks that he and his pals might have had something to do with the ride’s demise, too. “It was one of those places that you’d go and you’d fall in love, but you’d also go and get in real trouble,” he told Kimmel. And get in trouble he did.

“[The ride is] not there anymore, probably for this very reason,” Ventimiglia said. “We were on the car ahead of my mom and dad and my sisters, and as we were going, one of my friends — I don’t know who it was — had the great idea to play a game called ‘Spit on Someone and Try and Hit Someone.'” Ew.

Apparently, their efforts to “be cool” didn’t fool anyone. When the ride came to an end, a park employee asked the kids to wait while he spoke to Ventimiglia’s parents. By the time the birthday boy’s dad returned, the party was definitely over. “It was done. It was done. We went home. That was it. No spitting at Disneyland,” the actor recalled. (That’s probably a good rule for everyone to remember.)

As for Ventimiglia, he learned something else about Disneyland from his unfortunate experience: “Um, there’s cameras everywhere.”

Have you ever gotten in trouble at a theme park? Let us know @BritandCo!