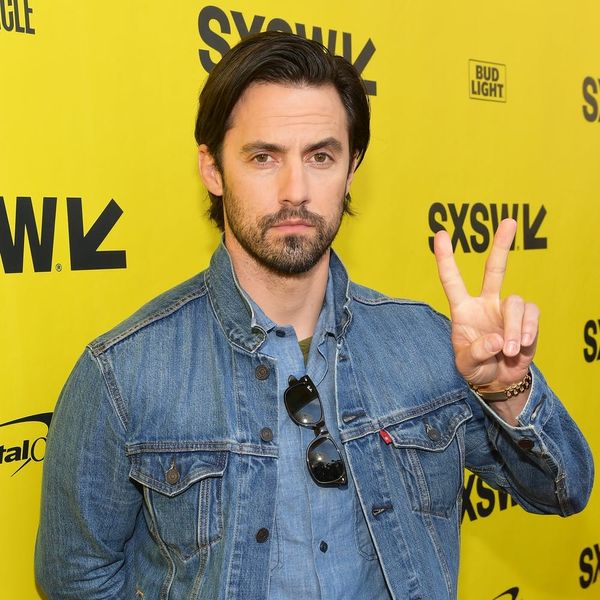 Milo Ventimiglia may be a leading man now, but back when he was first starting out, he was just “Party Guest #1” on The Fresh Prince of Bel-Air.

“My first real Hollywood paycheck was The Fresh Prince of Bel-Air,” the actor told Business Insider. “Everything else that I had done in town [before that], I’d done for free.”

Ventimiglia popped up as a guest in season 6, when Ashley Banks threw a party while her parents were away. At one point, his character walked down the staircase with his arm around a girl. When Ashley asked where they’d been, he replied, “Hey, relax, Ash. We were just taking a little tour.”

While it may seem like a minor note in the actor’s career, Ventimiglia said that working with the show’s star, Will Smith, taught him a valuable lesson. “I got an opportunity to see Will Smith a few years ago and thank him for the way he was on set, because who he is on set — he knows his crew’s name, he treats everyone with respect, he’s very talented, he does the work. He works hard,” the This Is Us star recalled.

“He gave me, an 18-year-old kid who wanted to be an actor, a [look] at how the moving machine of a crew works and how inclusive you must be to support the crew and have the crew support you,” Ventimiglia continued. “He was one of the biggest movie stars … but then also, you know, he was still a human being through the process of everything.” He added, “He was a kind man to the crew and it was good to see that side of things and know that as big of a movie star and TV star and superhero as he was, he was still just a kind human being.”

Are you a This Is Us and Fresh Prince of Bel-Air fan? Let us know @BritandCo!