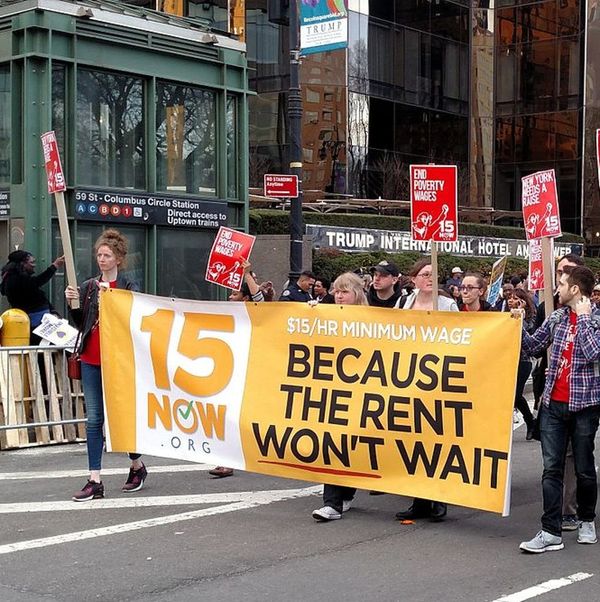 UPDATE (December 12, 2018/1:45 pm EST): On Wednesday, just hours ahead of the scheduled hearing, the House Education and the Workforce committee canceled it, POLITICO reports. The Committee “postponed” the debate after it was revealed that the economist Republicans had brought in to argue against raising the federal minimum wage to $15 an hour—San Diego State University’s Joseph Sabia—had written an anti-gay column in 2002.

The post in question has since been removed from the economist’s website, but according to POLITICO, Sabia argued in his column that the government should “tax and regulate homosexual acts.”

The stranger-than-fiction circumstances surrounding the hearing’s cancellation were not entirely lost on the public. As Heidi Schierholz, Director of Policy at the Economic Policy Institute (and former Chief Economist at the US Department of Labor)  tweeted: “TFW the only economist you can find to speak for you against increasing the minimum wage to $15 in 2024 turns out to be so abhorrent that you have to cancel the hearing at the last minute…”

For the first time since the Republicans gained control of the House from the Democrats in 2010, the GOP has decided to debate hiking the federal minimum wage. The decision to debate the federal minimum wage is scheduled for Wednesday, according to the Congressional Committee on Education and the Workforce, and comes just weeks after Democrats wrested control of the House in the 2018 midterm elections.

The federal minimum wage currently stands at just $7.25 an hour, which is well below a living wage for many households.

Economist Dean Baker and economic policy analyst Nicholas Buffie argued in 2015 that the federal minimum wage in 2014 would have been $18.42 an hour, had the federal minimum wage increased in step with rates prior to the 1970s. Writing for the Center for Economic Policy and Research, the two explained that a minimum wage this high is not necessarily achievable in our current economy, because so much of the economy is dependent on jobs that pay well below this hourly rate. Raising the minimum wage is necessary for the survival of hourly wage workers, but the very structure of our economy creates obstacles to fair wages.

Improvements to the minimum wage would especially increase the quality of life for women, who make up two-thirds of minimum-wage earners in the US, according to the National Women’s Law Center. The NWLC advocates for Congress to pass the Raise the Wage Act, which would require the federal minimum wage to be increased to $15 an hour by 2024.

“Women’s overrepresentation in low-wage jobs is one factor driving the persistent gender wage gap: women working full time, year round typically are paid just 80 cents for every dollar paid to their male counterparts, and this gap is even wider for women of color compared to their white male counterparts,” the Center explains.

CNBC reports that Democrats will push for a $15 federal minimum wage in Congress, where they are expected to clash with Republicans, who tend to take the side of business interests over those of workers. The Republicans and President Trump are very unlikely to approve a new $15-an-hour minimum, but the issue is an important one to Democrats who are hoping to appeal to working-class voters in the 2020 election.

(Photo via The All-Nite Images/Wikimedia Commons)