Morning Buzz! Blake Lively’s Advice to Her Daughters Following the Election Are Words to Live By + More 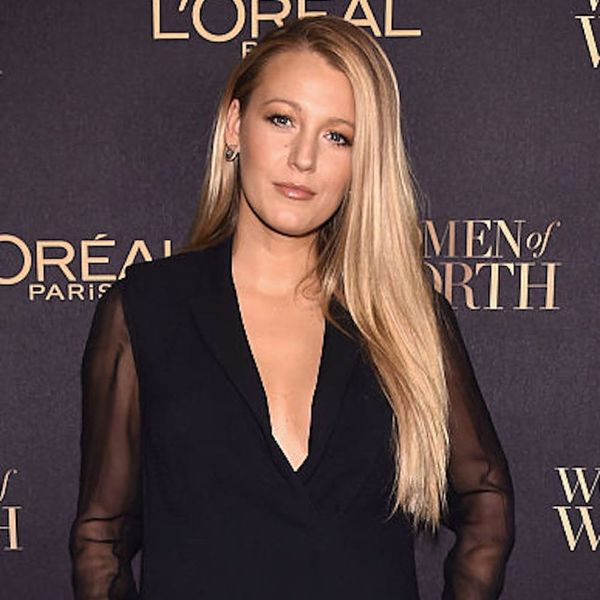 From some inspiring words from Blake Lively to a controversial concert by Kanye West, check out six of today’s top news items below.

1. Blake Lively made her first official public appearance since having baby #2 a few weeks ago, appearing last night at L’Oréal Paris’s Women of Worth celebration in a simple and stunning all-dark errthing outfit. While on the red carpet, ELLE asked what advice she’d give to her girls, or to any other young woman feeling left behind after the election. “You know, just to use your voice. Don’t let anybody silence you, ever, and it’s about spreading love, you know?” She continued, “You just have to set an example, you know? It’s so important. In times like this you can either curl up and be really depressed about the state of communities that are underserved, or you can set that example for your children.” (Photo via Michael Loccisano/Getty)

"I would have voted for Trump." – Kanye West pic.twitter.com/g9qxaT7aRc

2. Kanye West got booed at his own concert for saying he would have voted for Trump. After arriving late to his San Jose date on his Saint Pablo tour last night, Kanye proceeded to unleash a whack of political opinions on the audience who were not there for it. After saying that he didn’t vote in the election but if he did, he would have voted for Trump, he also went on to say that America should stop focusing on racism, telling the crowd “Specifically to black people, stop focusing on racism… we are in a racist country. Period… not one or the other candidate was going to instantly change that.” Kanye’s an artist to whom fans usually hang onto every word, but there was a lot of loud booing in the room last night.

3. Blac Chyna is wasting NO time hustling back to her pre-baby body and shared her post-Dream weight already. Only a week after having her daughter Dream, Chyna is making good on her promise to snap right back to a post-baby weight, sharing snaps of her healthy dinner and of her standing on the scale, saying that she’s already dropped from 192lbs to 177lbs just seven days post-partum. Of course, not every woman wants or needs to worry about losing weight immediately after a pregnancy, but if that’s a goal of yours, Chyna, go and get it, girl — you’re already well on your way there. (Photo via Snapchat)

4. Making a Murderer‘s Brendan Dassey won’t be getting out of jail right away after all. After having his conviction overturned in August and being ordered released from prison just four days ago, the federal appeals court has blocked Brendan’s release from prison. His release is still being appealed by the state, and they filed — successfully — to have him remain in prison during the appeal. (Photo via Netflix)

I've been laughing at this for 26 minutes straight pic.twitter.com/0qKZ1sSIoq

5. And as a Friday treat, let us all relate a little too much to this dog who tried to eat the bone painted on the bottom of its water bowl. Oh nice pupper, that’s not a real treat. But we totally feel you.

6. Quote of the day: “It always seems impossible until it’s all done.” Words of wisdom from Nelson Mandela that relate to the end of the work week as much as anything.

Do you have any weekend projects planned? Let us know over @BritandCo.