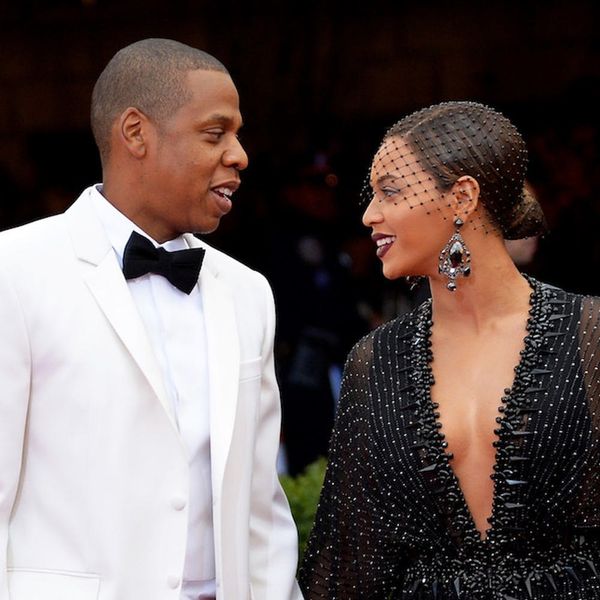 Jay-Z gets personal and we’re all getting free ice cream in this morning’s top news stories. Check out those and more below in the Tuesday Morning Buzz!

1. In the “Footnotes for 4:44” video, a follow-up to the video for his new album’s title track, Jay-Z details some of the rockier moments in his marriage that fueled much of the subject matter on his new album 4:44 (and Bey’s Lemonade). “[W]e built this big, beautiful mansion of a relationship that wasn’t totally built on the 100 percent truth and it starts cracking. Things start happening that the public can see,” Jay-Z says, before alluding to what sounds like some seriously hard times. “Then we had to get to a point of, ‘Okay, tear this down and let’s start from the beginning … It’s the hardest thing I’ve ever done.” Later, he seems to recall a vacay with Beyoncé where she was on the brink of leaving. “What is happening to my body right now? Did I just say … ‘Don’t leave’? All this is new for me.” Jay goes on to admit that letting Bey hear the honesty of the album was hard, but was fundamental to keeping their renewed relationship strong. “We just got to a place where in order for this to work, this can’t be fake. Not one ounce. I’m not saying it wasn’t uncomfortable because obviously it was.” The video also features personal conversations with Jesse Williams, Kendrick Lamar, Will Smith and many more, and you can watch it via Tidal (with a subscription, natch). (h/t People; photo via Mike Coppola/Getty)

2.Nelsan Ellis’ family reveals his heartbreaking cause of death.True Blood fans were devastated to learn of Ellis’ death at only 39 years old as a result of complications from heart failure earlier this week. Now, his family is elaborating on his struggles with drugs and alcohol, saying in a statement through Ellis’ agent, “After many stints in rehab, Nelsan attempted to withdraw from alcohol on his own. According to his father, during his withdrawal from alcohol he had a blood infection, his kidneys shut down, his liver was swollen, his blood pressure plummeted, and his dear sweet heart raced out of control.” The statement says that Ellis was ashamed of his addiction, but his family hopes his death may help others, which is why they chose to open up. Our thoughts are with them. (h/t Variety; photo via Ethan Miller/Getty)

The Merc May Be Filthier, but Her B.O. is Stronger. Congrats #WonderWoman #BoxOfficeBoss

4. Marvel has found their Squirrel Girl: Meet Milana Vayntrub! You might recognize her best as Lily from those AT&T commercials, or from her role on This Is Us as Kevin’s Broadway costar, Sloane. Now Vayntrub joins Marvel’s New Warriors show in the role of Squirrel Girl (sorry, Anna Kendrick!). New Warriors is set to launch in 2018. (h/t THR; photo via Tibrina Hobson/Getty )

Get a FREE🍦with our app on 7/16 & from 2-5 you could WIN SOFT SERVE FOR LIFE!😮 Twitter, you got #SoftServed🍦😊 Rules: https://t.co/S92PW8VGhd pic.twitter.com/sBKWGfceYL

5. THIS IS NOT A DRILL: McDonald’s is giving away free soft serve. This Sunday, July 16, McDonald’s will be dishing out free cones. To get one, just download the McDonald’s mobile app, check under “my deals,” and voila. The free cones celebrate not only national ice cream day, but the new soft serve recipe, which has ditched artificial flavors, colors, and preservatives. Even BETTER. (h/t Business Insider)

6. Quote of the day: “Nothing is impossible, the word itself says, ‘I’m possible!'” A classic Audrey Hepburn quote to turn your mood around.

How do you get yourself into a more positive mood? Let us know @BritandCo!