Morning Buzz! Kim Kardashian Slowly Makes Her Way Back into the Public Eye in This Sexy New Ad + More 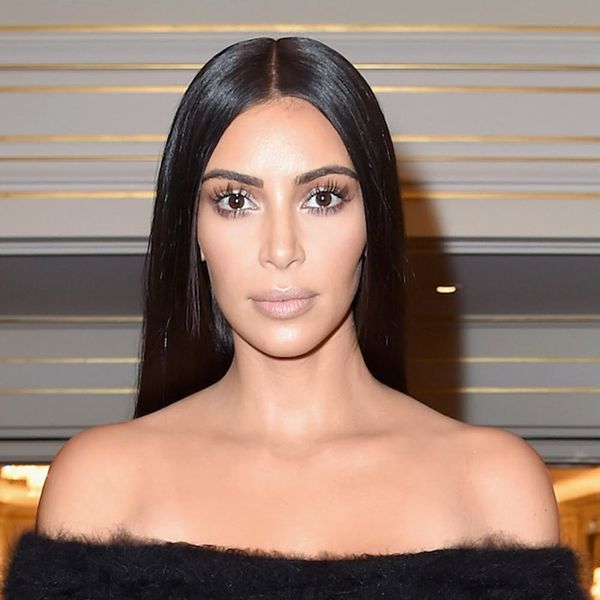 From a new Kim K videoshoot to the selfie that will make everything right in the world, check out six of Monday morning’s top news stories below.

1. Love magazine’s 2016 video advent calendar has a nice surprise for us — one of the first glimpses of Kim K since her traumatic Paris robbery in October. Kim represents Day 12 of the calendar, draped in a fur coat and Agent Provocateur lingerie with the Northern Lights dazzling behind her. Though it’s most likely that the calendar was filmed in summer or fall, before the robbery, we’re still happy to see things returning to normal.

2. Mila Kunis and Ashton Kutcher are absolutely glowing in this first pic of them together since their new baby. Mila and Ashton welcomed their second child, a little boy named Dimitri, just a little over a week ago, and we’re gonna go ahead and guess that it’s been 100 percent smooth sailing, based on how happy they look in this snap. Out for a stroll hand in hand in Los Angeles and dressed comfy and casual (Ashton especially is looking full dad!), these two are too adorable.

I love you @beyonce thank you sooooo much for coming out tonight! ❤️😘🎤🙌🏽💋#merrychristmas

3. Everything that has gone wrong in 2016 will be fixed as soon as you see this photo of Mariah Carey and Beyoncé together. This is pretty rare for Bey, who typically keeps pretty low key, making this pic of two of the all-time greatest divas even more amazing. The two posed for the pic after Bey took in Mariah’s “All I Want for Christmas Is You” concert at New York City’s Beacon Theater. “I love you @beyonce thank you sooooo much for coming out tonight! ❤️😘🎤🙌🏽💋 #merrychristmas,” Mariah captioned the photo. Looove it.

4. Bryce Dallas Howard was once again the budget-friendly red carpet queen at the Critic’s Choice Awards. Er, it was a blue carpet, to be exact. But despite the fact that not everyone loved Bryce’s Grecian-style getup, you just can’t go wrong with that price — the Topshop gown is just $240 and is available at Nordstrom, according to ET. “It’s great. It’s comfortable. It’s flowy which is good for this time of year, the holiday season,” Howard told ET. That much we agree with!

5. Milo Ventimiglia reveals that This Is Us is just as addictive for him as it is for us. On the blue carpet of the Critics Choice Awards, Milo told People that he’s so in love with making one of fall’s biggest hit shows, that he hates to leave at the end of the work day. “Day after day, I can’t wait to get to work and I’m sad to go home. These characters are so rich and wealthy of humanity and story that you want to be with them all the time.” Uh, same.

6. Quote of the day: “When you see people like, ‘This is the best life ever! I couldn’t be happier,’ you’re like, ‘Shut up, that is not true.’ Not everything comes together in the best way ever, every day. It just doesn’t.” Emma Stone drops a truth bomb on perfectly curated social media lives in a new Elle interview. Preach!

Do you think social media is misleading about peoples’ lives? Let us know over @BritandCo!