Morning Buzz! Ryan Lochte Was Almost Attacked by Protesters on Dancing With the Stars + More 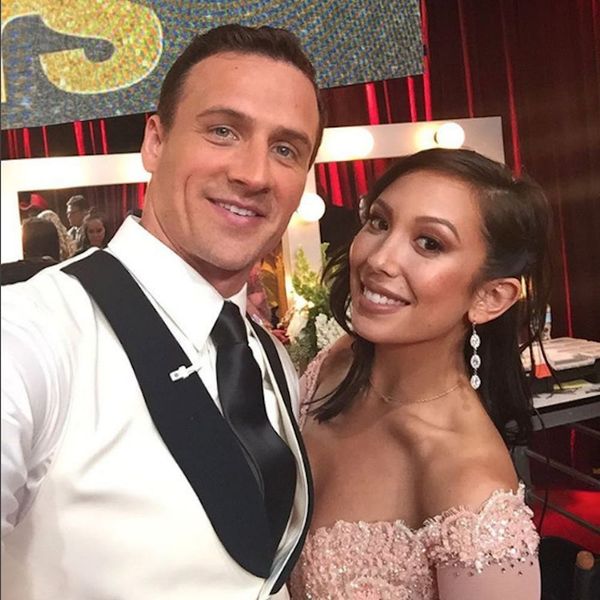 From a scary reality show moment to a case of comedic food poisoning, check out six of today’s top news items below.

1. Reality shows often come with their share of drama, but we were NOT expecting this from DWTS. Two men wearing t-shirts with a red circle and line through Ryan’s last name rushed the stage after the controversy-plagued Olympic swimmer and his dance partner Cheryl Burke did the foxtrot. ABC didn’t show the incident, just the judges’ reactions, and host Tom Bergeron announced the show would be going to commercial early. The men who rushed the stage were charged with trespassing. Whoa!

2. Amanda Seyfried is engaged! While we wait not-so-patiently for a picture of a ring (if there is one), please enjoy this pic of these lovebirds being adorable AF in Paris earlier this summer. Amanda and BF Thomas Sadoski first met while doing a play together last year, and began dating when they started working on their upcoming movie The Last Word together. Congrats to the happy couple! (Photo via Pascal Le Segretain/Getty)

Thanks for everything Paris! Except the food poisoning. #nooooooooooo #balmain #nyfw

3. Amy Schumer and BF Ben had a romantic Paris vacay where they both got food poisoning. Amy shared a few snaps from the hospital where she probably had to get rehydrated, as well as a pic of the pair in bed with caption “Thanks for everything Paris! Except the food poisoning. #nooooooooooo #balmain #nyfw.” Bummer about the food poisoning, but great use of hashtags, Amy.

We are so pleased to introduce you to our new baby, Leonardo Ángel Charles Baldwin. It was such a special day bringing him into this world 💙

4. Alec and Hilaria Baldwin had a weeeee baby boy! Alec Baldwin and wife Hilaria let the world know via social media that they’ve welcomed their third child, and second son, on Monday. “We are so pleased to introduce you to our new baby, Leonardo Ángel Charles Baldwin,” Hilaria captioned a photo of the little bundle not long after he arrived. “It was such a special day bringing him into this world.” Congrats to the growing family!

5. You can now rent the original Full House house on Craigslist. The “historic and famous” home is going for a whopping $13,950 a month. Anyone wanna go in on this bad boy to binge watch the new Fuller House season whenever it drops?

6. Quote of the day: “It’s the happiest time in my life.” Ryan Gosling gives us ALL the feels when talking about his daughters to ET.

When’s the last time you rewatched Ryan Gosling in The Notebook? Let us know at @BritandCo!