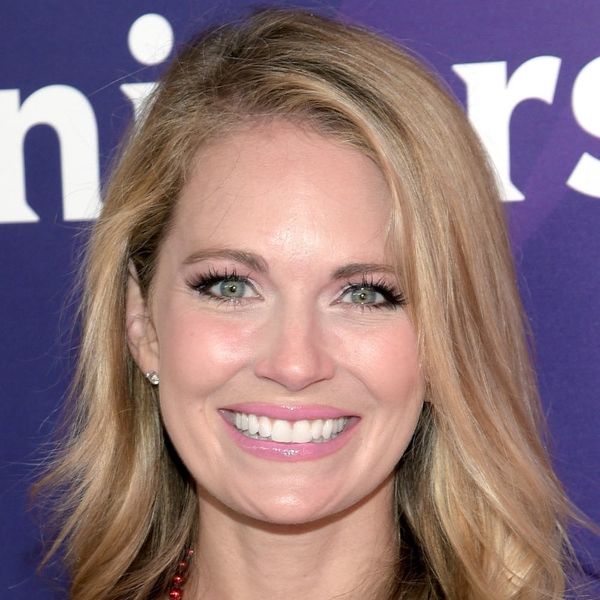 United releases their report on the plane dragging incident and TheHandmaid’s Tale is getting a fashion collection in this morning’s top news tidbits. Check those and more out below in today’s Morning Buzz.

1. United released its detailed report on the violent plane-dragging incident, and in it included major policy changes that will be put in place to prevent it from happening again. Along with plans for additional training, increasing compensation for passengers who volunteer to leave an overbooked flight up to $10,000 (as Delta recently did), and limiting the use of law enforcement on board, United claims they will reduce flight overbooking by requiring crew members to be booked at least an hour prior to take-off and never ask seated customers to leave the plane unless there is a safety issue. In addition, they promised to shell out $1,500 for any lost luggage. (h/t Buzzfeed, photo via Scott Olson/Getty)

Times a changin' y'all! Baby 🎀GIRL🎀 Wimberly will be touching down this fall! Excited (and nervous) for this next chapter in life! 💕

2. Southern Charm and The Real World: San Diego star Cameran Eubanks just announced she’s expecting a baby girl with a sweet and simple pic. The Bravo reality star/real estate agent and her husband Jason Wimberly announced via Instagram that “Times a changin’ y’all!” The pair held up the baby’s sonogram and a giant pink balloon. This is the first child for the pair, who have been married since 2014. Congrats!

Excited to announce we are working on a capsule collection for Hulu's new show, The Handmaid's Tale #maidez

3. OMG, there’s a Handmaid’s Tale fashion line already in the works. New York-based design collective Vaquera has teamed up with Hulu on a Handsmaid’s Tale collection inspired by the clothing worn by the handmaids. Vaquera will feature the pieces in an upcoming “experiential performance” in New York. (h/t New York Magazine)

4. SNL has just announced its hosts and musical guests for May and we’re screaming. The tweet pretty much speaks for itself — Chris Pine and LCD Soundsystem will appear on May 6, one of our all-time fave hosts Melissa McCarthy and Haim (who will have new music for us!) will appear on May 13, and Dwayne “The Rock” Johnson and Katy Perry will appear on May 20. This is a solid, solid slate of guests. We can’t WAIT.

5. President Trump’s new anti-immigrant hotline is being trolled with calls about space aliens and he’s NOT happy. On Wednesday, Trump launched the Victims of Immigration Crime Engagement (VOICE) Office to help victims of crimes committed by undocumented immigrants. As part of its launch, the administration announced a hotline for people to call, which, thanks to Twitter, people immediately began to use to report sightings of space aliens. US Immigration and Customs Enforcement told BuzzFeed News that “There are certainly more constructive ways to make one’s opinions heard than to prevent legitimate victims of crime from receiving the information and resources they seek because the lines are tied up by hoax callers.” (h/t Buzzfeed News, photo via Pool/Getty )

6. Quote of the day: “I know that was meant to happen to me… I really feel like things happen in your life to teach you things.” Kim Kardashian gives an emotional interview, at times fighting back tears, to Ellen about her Paris robbery and the lessons she felt it taught her.

Do you try to see the good in bad situations? Let us know @BritandCo!