Morning Buzz! Will Smith and the Fresh Prince Family Reunited and It’ll Give You ALL the Warm Fuzzy ’90s Feels + More 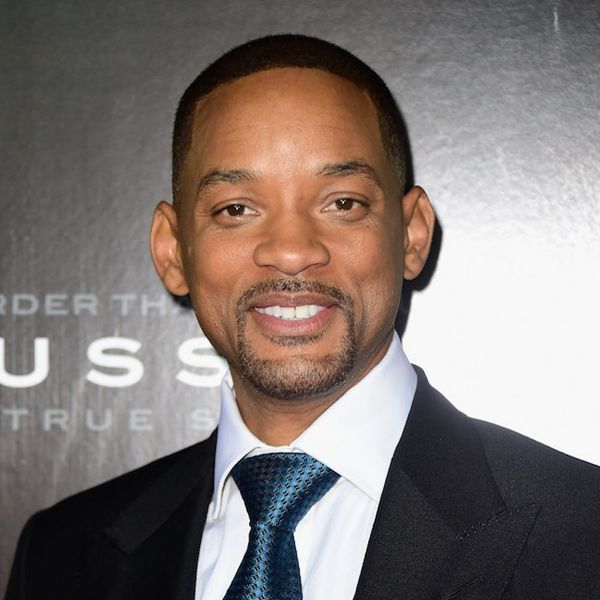 A super-nostalgic TV reunion and a bonkers Beauty and the Beast theory lead this morning’s top news stories. Check those and more out below!

Always amazing to spend an afternoon with my Fresh Prince family. Wishing that James Avery was still with us to make this complete.

1. We are TOTALLY here for this. Alfonso Ribeiro — AKA Carlton Banks — posted the sweetest snap of the Fresh Prince of Bel Air fam, and it’s giving us major nostalgia for one of our fave TV families. “Always amazing to spend an afternoon with my Fresh Prince family,” Ribeiro wrote, before concluding things on a sadder note. “Wishing that James Avery was still with us to make this complete.” Us too — because even if Will Smith might actually be turning into Uncle Phil, it’s just not quite the same without the real deal.

My milkshakes do not bring all the boys to the yard/trailer 🤷🏼‍♀️ Oh the joys of motherhood! #setlife @dancingabc

2. Peta Murgatroyd is the picture of a working new mom as she pumps breast milk backstage at DWTS. Her hair and makeup might look full glam, but new mom Murgatroyd kept it pretty real in a behind-the-scenes snap from DWTS. “My milkshakes do not bring all the boys to the yard/trailer,” she captioned the pic of her using a breast pump before taking the stage to slay. “Oh the joys of motherhood!” Murgatroyd welcomed her first kid just three months ago and is a total champ, if you ask us.

/yin/ [in Chinese philosophy] the passive female principle of the universe, characterized as female and sustaining and associated with structure, night, the moon, fluidity, calmness, the earth, darkness, cold, death, and ascends energy. /yang/ the active male principle of the universe, characterized as male and creative and associated with function, the sky and sun, speed, expression, heaven, heat, light, birth, and descends energy. sometimes i feel like my big brother and i always think the same thoughts, he just doesn't have a filter and always vocalizes them 😂 though total opposites, like my gooko and i, the inseparable yin and yang work together finding and causing balance within each other. matchies with my bestie @princejackson! ❤️

3. Paris Jackson got the cutest bestie tattoo with none other than her big bro Prince. This isn’t the first time the famous siblings have bonded through getting inked together, but as far as we know, it’s their first matching tattoos. “Sometimes I feel like my big brother and I always think the same thoughts, he just doesn’t have a filter and always vocalizes them😂.” Paris captioned the photo of their Yin and Yang ankle tattoos. “Though total opposites, like my Gooko and I, the inseparable yin and yang work together finding and causing balance within each other. Matchies with my bestie!” Dying of cute.

4. The Cash Me Outside girl is getting her own reality show.TMZ is reporting that Danielle Bregoli, made famous by her defiant appearances on Dr. Phil, has signed a deal with a major TV production company. There aren’t many details on the show’s concept just yet, but we already know we’re totally gonna watch this.

5. People are losing their minds over this bonkers Beauty and the Beast theory that fills a huge plot hole. (Spoilers ahead, if you haven’t seen the movie!) The live-action remake of Beauty and the Beast has been a smash hit, but some people couldn’t help but notice that the people outside the castle didn’t seem to age either. Reddit user Hainted proposes that, “The village of Villaneuve is caught in the Enchantress’ curse as well. It’s stated outright that she erased the memories of the Prince, his lands, and servants from the villagers’ minds, but if you pay attention she also locked the village in a time loop.” Must. Rewatch. Immediately. (Photo via Mike Coppola/Getty)

6. Quote of the day: “Of course I know how to roll a joint.” Of course you do, Martha Stewart. Happy National Weed Appreciation Day!

Would you watch a reality show with the “Cash Me Outside” girl? Let us know @BritandCo!