*This* Is the Most “Liked” Wedding Dress of All Time 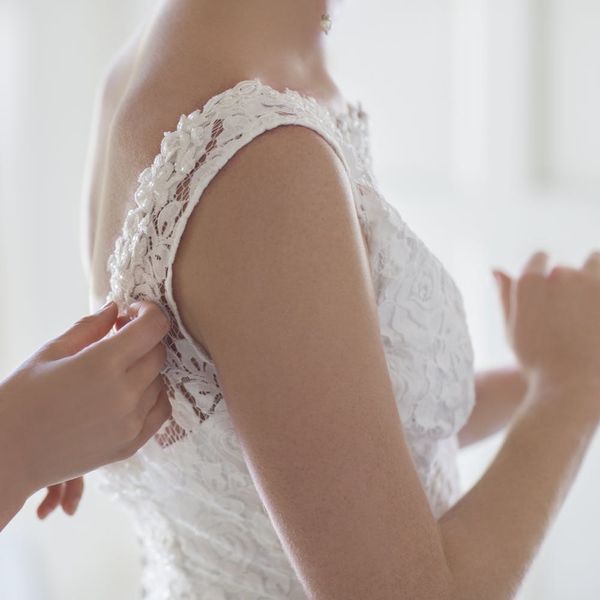 Between Victoria Swarovski’s gorgeous bridal gown, which was covered in half a million Swarovski crystals, Miranda Kerr’s custom Dior Grace Kelly-inspired design, and Russian bride Lolita Osmanova’s breathtaking masterpiece, which had a train so long it draped off the podium, Instagram has had its work cut out in choosing a favorite wedding gown.

As it turns out, NONE of these ladies scored the top social media honors of most likes, however.

This bride's gown has become the most liked #wedding dress on Instagram https://t.co/wzh8uocbLj pic.twitter.com/6MoNtYk15b

Instead, it was Indonesian bride Intan Azzahra that managed to rack up a reported 200,000 plus likes on her Cinderella style, Ivan Gunawan gown before making her account private — the most EVER to be seen on a wedding dress.

This is the most-liked wedding dress EVER on Instagram… so would you wear it? https://t.co/KlIbObAOp3

The dress in question boasted a long-sleeved bodice, with plenty of beading and a fishnet-patterned neckline. Its real head-turner, however, was the bottom half. With a full, beaded skirt that any Disney princess would surely envy and a massive tulle train trailing behind, Azzahra looked like something straight out of a fairy tale — and that pearl crown certainly didn’t hurt!

As gorgeous as it was, Azzahra had yet another style surprise up her sleeve before the night was through — a second dress! The stunning bride changed into a bold red Hengki Kawilarang creation for the second half of her evening.

While it didn’t garner quite as many likes as the first, it was every bit the showstopper, with a voluminous feathered skirt that gave way to its name of “Red Swan,” a jeweled bodice, and button-down pearls at the back.

An extravagant dress for the lovely couple "red swan " @thebridestory

Seriously? We’re blown away. *Bowing down to Intan forever.*

What do you think of Intan’s gown(s)? Tell us over @BritandCo.

Nicole Briese
Nicole is the weekend editor for Brit + Co who loves bringing you all the latest buzz. When she's not busy typing away into the wee hours, you can usually find her canoodling with her fur babies, rooting around in a bookstore, or rocking out at a concert of some sort (Guns N' Roses forever!). Check out all her latest musings and past work at nicolebjean.com.
Instagram
Wedding Style
Instagram social media Wedding Style
More From Wedding Style