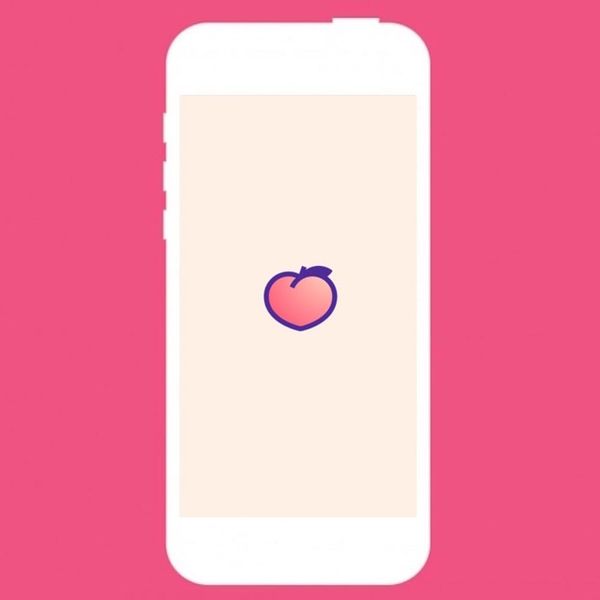 Just earlier this month, Vine creator Dom Hofmann released his new social media app for iOS, Peach. Marketing itself as a simple and adorable new way to connect, Peach’s slogan is “a fun, simple way to keep up with friends and be yourself.” Sounds pretty good to me — and apparently pretty good to the rest of the Internet too, because within a day of its release, Peach was buzzed about on every corner of the web (we even included it in our 5 Best Apps roundup). Since then, some of the fury has died down, but like many other social media apps, we think this might take time. In the meantime, I set myself to the task of becoming the most popular person on Peach. In this case, the standard of measuring popularity would be how many friends I could make by the end of one week. (Just a note: It’s pretty hard to measure this popularity level, considering Peach seems pretty dead set on making itself only a place for real life friends.)

First, I downloaded the app and tried to get well acquainted with it. Peach works somewhat like a Facebook status; you can post photos, text and even links (though this seems to be rare) to your own personal feed. Your friends can “heart” or comment on your posts and vice versa. The app is unique in that it has “magic words” that enable nifty little features. Typing in the word “GIF” will allow you to search for applicable GIFs, or “weather” brings up the current temp outside. You can even post your current battery life and what you’re watching on TV. Why people would want to know these things is beyond me, but it’s still kind of cool.

Now that I had the app, my second step was to recruit my inner circle. I invited them via the Peach app, which allows you to go through your address book and send your friends text messages. Of the 20 invitations I sent, I got about 10 replies that read, “WTF is Peach?” Their lack of awareness compounded with lots of people owning Androids (as Peach is currently only available on iOS) made this initial step such a challenge I almost gave up on day one. However, not to be deterred, I hounded all my girlfriends from college on our group chat to download the app. One of them decided to join.

I tried to drag all my co-workers onto the social media app. At first, this seemed to be a bit more of a success, considering they knew I was writing a story about the app. (One co-worker signed up after I said, “Hey, if you’re an early adopter, you might even get your own name!” Worked like a charm.)

However, after getting three friends in one fell swoop, I had to start individually pinging to people to add me. I think it’s not extremely conducive to becoming a power user if you have to individually request your friends IRL. I’ve been waving at them every day, but it seems like everyone has since turned off their notifications.

I tried to invite all my friends in my address book with abandon. Um, okay, to be transparent, just friends I felt comfortable with spamming with texts.

Add me on Peach: kimberlywang

I also socialed out my Peach handle on Twitter. I got two adds from other peeps (one person I already unfriended because there are creeps even on new social media). That was a fail. Also, note to self, don’t add randos on social media.

Aaand final Peach popularity count after one week of actively promoting myself and an app no one has heard of: 12 friends and three pending requests (that I’ll probably cancel after this post).

Are you on Peach? If so, you should add me. Just kidding. Tweet us your Peach experience @BritandCo!

Kimberly Wang
Kimberly Wang writes about all things pop culture, tech, style, and beauty. She's a Bay Area transplant and has an MFA in Creative Writing from Columbia University. On a sunny New York day, you can find her hanging out with her mini schnauzer Isabelle Jellybean on a blanket in Central Park.
social media
Tech
social media