9 New Movies to See in Theaters Over Thanksgiving Weekend 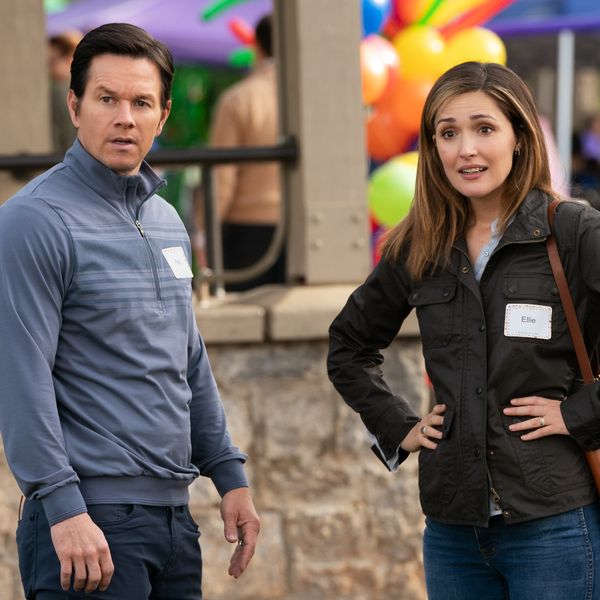 Thanksgiving is the kickoff of the holiday season, which means lots of food, family, and (hopefully) fun. If you're not feeling the Black Friday mall rush, the movie theater is always a good refuge, and there just so happens to be something for everyone this year — family-friendly fun, Oscar-worthy dramas, laugh-out-loud comedies, and more. If you're looking for a few hours of entertainment, here are nine new movies, all released this month, to check out in theaters over Thanksgiving weekend. (Photos via Merrick Morton/Twentieth Century Fox + Jaap Buitendijk/Warner Bros. Pictures + Walt Disney Studios + Paramount Pictures)
Ralph Breaks the Internet: Six years after the original animated film, Ralph (John C. Reilly) and his best friend Vanellope von Schweetz (Sarah Silverman) leave the comforts of their familiar old arcade to venture into the world of the internet to find a replacement part for Vanellope's arcade game, Sugar Rush. Along the way, they meet a host of both new and familiar characters (voiced by Taraji P. Henson, Gal Gadot, and more), and Ralph struggles with how much Vanellope — his only friend — likes the vastness of this new, digital world. (Photo via Walt Disney Studios)
Widows: If you're looking for a dark action flick, this one is a must-see. Viola Davis leads a cast of women including Michelle Rodriguez, Elizabeth Debicki, and Cynthia Erivo, who are forced to take on a heist job in the wake of their criminal husbands' deaths. The women have little in common and seem in over their head — until they become the threats themselves. (Photo via Merrick Morton/Twentieth Century Fox)
Instant Family: Mark Wahlberg and Rose Byrne star as a married couple who decide to foster a child, only to end up with three instead of their originally planned one. It's a sweet comedy that would be fun for you and some pals or even your parents, since it's all about the beauty of family — no matter what that looks like. (Photo via Paramount Pictures)
Fantastic Beasts:The Crimes of Grindelwald: The sequel to the 2016 original, starring Eddie Redmayne as Newt Scamander, is finally here. In this one, Dumbledore (Jude Law) is intent on stopping Grindelwald (Johnny Depp, controversially reprising his role) from attempting to raise wizards to rule over all beings. Zoë Kravitz and Ezra Miller also star, and if early sneak peeks are to be believed, this is a holiday-season must-see. (Photo via Jaap Buitendijk/Warner Bros. Pictures)
Dr. Seuss' The Grinch: This new take on the Dr. Seuss classic gives the Benedict Cumberbatch-voiced Grinch a more sympathetic backstory, putting a sweet spin on the Christmas classic. The kids will love it, sure, but you might just find yourself getting into the spirit of the film, too. (Photo via Illumination/Universal Studios)
Nobody’s Fool: Burn off some of your Thanksgiving dinner by laughing your way through Nobody's Fool. Tiffany Haddish plays Tanya, who's recently released from prison and trying to get her life on track. As she looks to her by-the-book sister (Tika Sumpter) for guidance, she realizes that perfection might not be all it seems, and that maybe she and her sister can help each other. (Photo via Paramount Pictures)
Boy Erased: If you're looking for something on the serious side, Boy Erased follows a teenager named Jared (Lucas Hedges), who is forced by his Baptist parents (Nicole Kidman and Russell Crowe) to attend gay conversion therapy. It's based on a true story, taken from Garrard Conley's 2016 memoir of the same name, and it's already earning Oscar buzz as awards season approaches. (Photo via Focus Features)
The Favourite: Forget your imminent return to work with a little 18th-century escapism. Emma Stone and Rachel Weisz star as rival royal cousins fighting for respect in the court of an ailing Queen Anne (Olivia Colman). (Photo via Yorgos Lanthimos/Twentieth Century Fox)
Nutcracker and the Four Realms: Disney's live-action adaptation of the classic Christmas ballet is, at the very least, a feast for your eyes. Enjoy the visual splendor of the Narnia-like Four Realms as Clara (Mackenzie Foy) journeys through the magical land in search of a key to unlock the egg-shaped box left to her by her late mother. Note: Despite its child-friendly pedigree, it might be a little intense for young kids. (Photo via Walt Disney Studios)
Nicole Villeneuve
Nicole is an entertainment and lifestyle writer covering pop culture, news, and cool women doing cool things. She likes yard sales, MTV's Teen Mom, and putting too many memes in the group chat. She lives in Toronto.
Movies
Movies
Movies
More From Movies