A ‘Murphy Brown’ Reboot Is Headed to CBS! 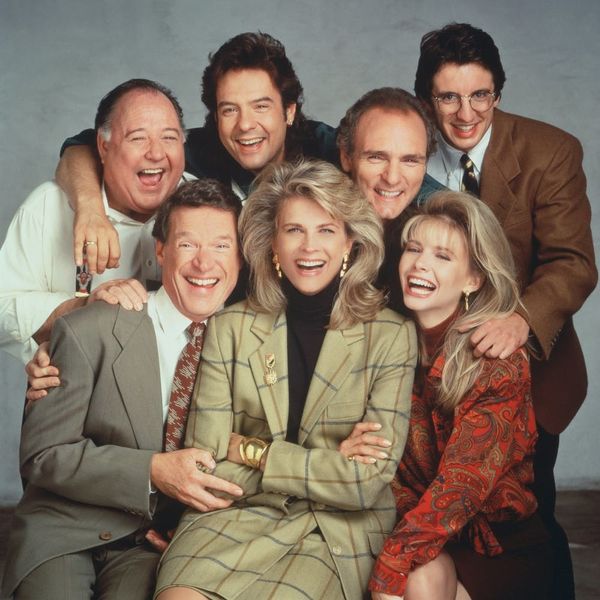 While it’s not necessarily surprising to find out that yet another reboot is in the works — everything from Mad About You to She-Ra is getting the revival treatment lately — we’re pretty excited about this one: Murphy Brown is coming back to TV!

According to The Hollywood Reporter, CBS has ordered 13 brand-new episodes of the show, which will air during the 2018-19 season. And to answer your biggest question: YES! Per THR, Candice Bergen is set to reprise her role as the no-holds-barred journalist, whom she played from 1988 to 1998.

Back in the day, the show was adored for its endless laughs and timely story lines — as well as the fact that the lead character was a smart, single woman (and eventually single mother) who tackled everything that came her way with a boldness and wit that won over millions of fans. It’s no wonder that it’s been tapped for new life.

A strong female character returns to television! Murphy Brown's smarts and boldness made her a role model for my mother and me. Can't wait to watch. https://t.co/dU85sSydh1

If the reaction on Twitter is any indication, fans are thrilled by the news of Murphy’s return.

Murphy Brown was my idol as a kid. I wanted to be as strong, smart, successful, and independent as her. This is VERY EXCITING. https://t.co/myloZzzYvm

THIS IS ALSO EXTREMELY EXCITING CANDICE BERGEN AND THE MURPHY BROWN CHARACTER ARE BOTH LEGENDS AND I AM THRILLED TO SEE WHAT MURPHY BROWN LOOKS LIKE IN THE CURRENT ERA OF JOURNALISM AND FEMALE EMPOWERMENT WOW WHAT A DAY FOR WOMEN !!!!!! https://t.co/ivr0V3HhBv

Some are loving the nostalgia aspect.

Omg this is amazing! I was the dorkiest 7 year old ever when I dressed up as Murphy Brown for Halloween. This is the best news!!!!

Others are struck by the modern need for such a reboot.

I totally told my wife Murphy Brown is due for a comeback in the age of Fake News.

And some feel it’s time to rewatch the original.

Finally, there are those who are just happy to be able to unleash the ultimate GIFs.

Murphy Brown is returning to TV and my GIF Muse has been released: pic.twitter.com/GKFwNgkRLj

What do you think about the fact that Murphy Brown is getting a reboot? Let us know @BritandCo!