The Latest Hot Album to Drop Will Relax Your Cat 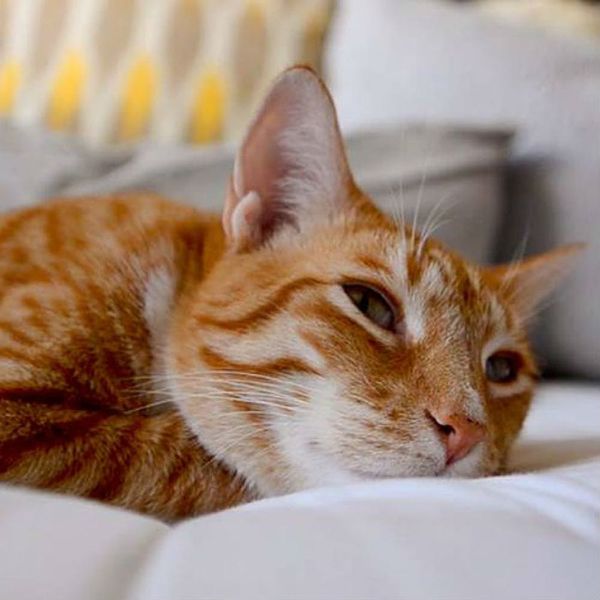 Many of us will storm the iTunes store this holiday season to score One-D’s Made in the A.M. for pop lovers, Cee Lo’s Heart Blanche for R&B aficionados or Carrie Underwood’s Storyteller for country fans. But you’re probably leaving out a VIP member of your inner circle from your MP3 gift list — namely, your cat. This year, give your feline friend a present to remember with Music for Cats, an album composed specifically for cats to help them relax as they purr to the beat.

In 2008, we were still crooning to the chart-topping single “Low” by Flo Rida, but cats everywhere had and still have virtually no interest in human music. That’s when cellist and composer David Teie went to work writing two songs just for cats using natural acoustics and technology attuned to the highly sensitive auditory capabilities of cats. The tracks were a resounding hit, eliciting positive reactions from 77 percent of the cats that listened to them, according to a study published in Applied Animal Behaviour Science. Teie was on to something. He decided to launch a company offering music for animals, and Music for Cats was born.

Teie’s album is unlike any your ears have heard — and for good reason. Science shows that unlike humans, cats inherit their musical preferences from sounds they hear after birth, such as the chirping of birds or the purr of their mothers. Teie incorporated these natural vocalizations into his music and even coordinated them with the communication frequency range of cats. The resulting harmonies produce feel-good emotions that help relax your cat.

Although a smashing hit among felines, Music for Cats isn’t Teie’s last swan song. He wants to make music for as many species of animals as he can to improve their quality of life and satisfy the universal desire for music in all of us. Check out the sample clip below. If Teie’s music strikes a chord with you and your furry friend, head to his Kickstarter campaign and scoop up a single for $5 or a full-length digital album for $15.

Would you invest in Teie’s album to make your kitten smitten? Let us know in the comments below!

Manasa Reddigari
Manasa is a freelance writer with a passion for the weird and wonderful technologies that are transforming life as we know it today.
Cats
Entertainment
Cats Music
More From Entertainment