See How This Makeup Artist Turned Her Face Into Album Covers 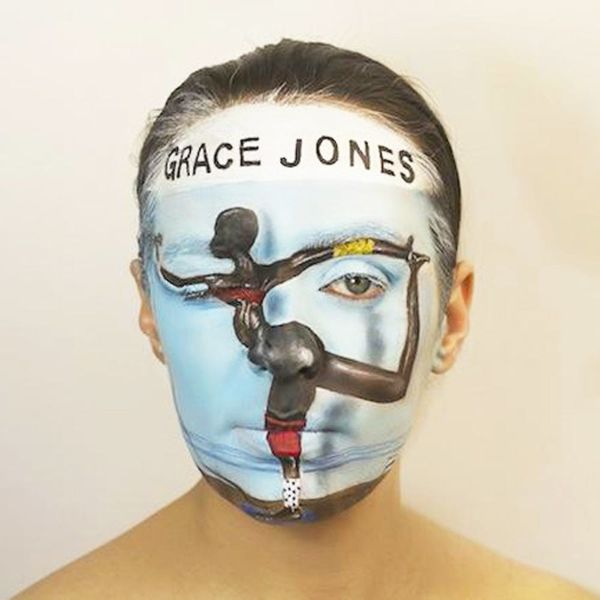 Artist Natalie Sharp, aka The Lone Taxidermist, went to some pretty extreme lengths to celebrate Record Store Day, which takes place every April 18. She decided to cover — pun intended — her face with fan-requested album art. Using her own skin as a canvas, she recreated 11 different album covers, and that’s not including the eight albums from last year’s holiday. From Nirvana to Björk, Sharp doesn’t seem to show any specific musical preference, but she does seem to challenge herself by picking some of the most elaborate covers we can think of. And get this, she did most of this work freehand. If that’s not talent, we don’t know what is.

Sharp told The Quietus, “I knew I had to do something even better than last year, so I used a fancy camera with a shutter release cable and spent up to eight hours a day for weeks on end painting my face.” Talent aside, we can’t help but admire her dedication to the cause. And can you imagine what a beast this must be to take off at the end of the day?

Sharp didn’t reach her goal to do all 40 requests she received on Facebook. But really, is there anyone who isn’t impressed with this? We think it’s especially cool the way she chose to paint over her eyelids to make the picture come together just perfectly.

“I loved doing King Crimson and Peter Gabriel as they are real painterly artworks — in fact, I barely used my brushes, I would saliva my fingers and smudge the paint to make it all blurry and melty. I did not love Tubular Bells or Grace Jones, as I have a Cleopatra nose it doesn’t bode well with straight lines.”

This is definitely going to raise awareness for Record Store Day. We feel like putting on our own favorites and paying tribute ourselves.

Do you see your favorite album cover here? Tell us what you’d like to see Natalie do next year.

Adrienne Leonard
Adrienne’s favorite things are making popsicles, picking flowers and spending time anywhere with a shoreline. When she’s not outdoors with her dogs, Russell and Charlie, you can find her working on her domestic skills at The Free Spirited.
Art
Music
Art Artist Music paint