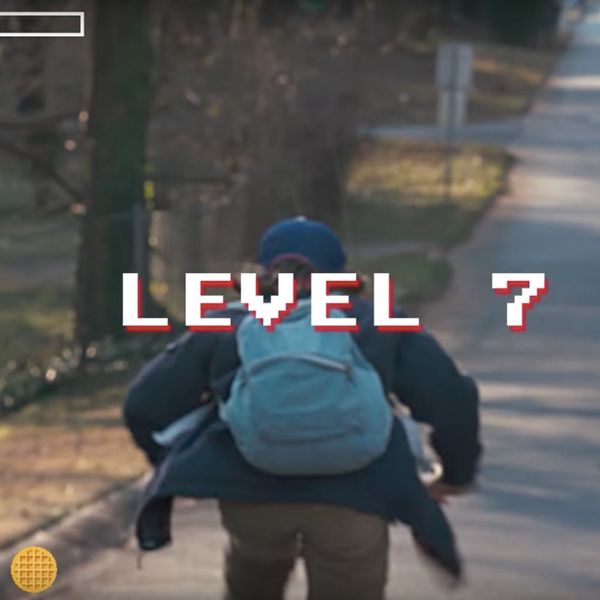 Season two of Stranger Things is creeping ever closer, and we’re gleefully devouring every teaser and trailer that gives us a glimpse at the retro-fabulous-yet-super-scary story to come. It’s been awhile since we were last in the Upside Down, though, so Netflix released a little refresher on the first season to ensure that you don’t miss out on any of the freaky details. And there’s no better way to zip through a summary of the ‘80s-based show than with a video game-themed recap.

The recap uses clips from each episode as the “levels” of the game, with vintage synthesized beats and old-school in-screen boxes of text giving you options for how to play. Of course, you’re not able to actually make any selections — the choices have already been made by characters on the show.

When it’s time to “ATTACK” or “SURRENDER,” it’s Eleven’s trippy telepathic abilities that determine the ultimate selection. And when poor Barb is about to be snatched by the creature lurking in the darkness, we’re briefly given the choice to “STAY HERE” or “GO HOME” — but unfortunately for Barb, we know how that turned out.

Back off, mouthbreather. #StrangerThings #Netflix

Points are given for successful achievements (like distracting Will’s mom) and acts of bravery (like Will’s sister facing down a monster that’s about to burst through the wall), and necessary inventory is collected along the way (waffles, natch).

Stranger Things season two hits Netflix on October 27, so prepare yourself for more from the Upside Down and the dreaded Demogorgon just days before Halloween. So perfect!

What was your favorite part about the first season of Stranger Things? Let us know @BritandCo!

Desiree O
Desirée O is a ‘Professional Bohemian’ who loves anything and everything related to the arts, entertainment, and pop culture. She ADORES being a ‘Newsy’ for Brit + Co, covering all of the latest tidbits of awesomeness that you want to read about. When she’s not writing, she’s either making messy art, going on long adventurous walks with her camera, or poking around over at bohemianizm (http://www.bohemianizm.com/). You can find out about Desirée O and her work at http://DesireeO.com/ or follow her on Twitter @DesireeO.
Fall TV
TV
Fall TV Netflix
More From TV