What to Stream on Netflix While You Wait for Fuller House 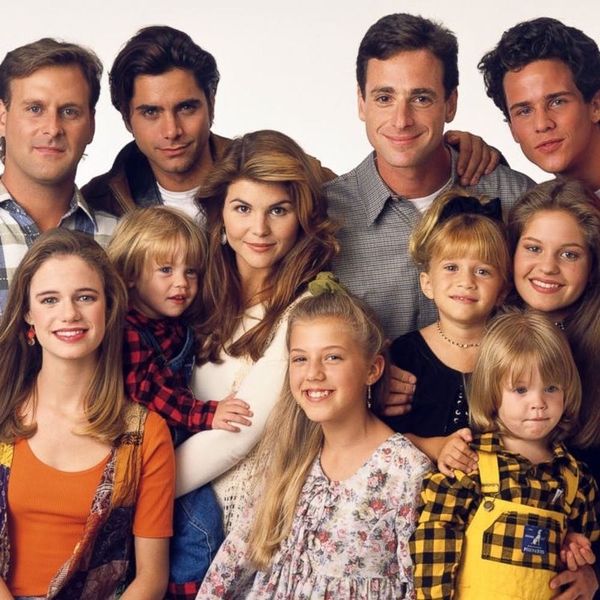 In case you’ve been hiding under a rock these past few months, Full House is coming back. Netflix is releasing the series’ sequel, Fuller House, on February 26. The series — starring most members of the Tanner clan plus some new-generation additions — looks as funny, family-oriented and heart-warming as the original. And the theme song will probably be as catchy as ever. There’s still a little more than a week before the Tanners return to our televisions sets. In anticipation of the release, we’ve got a few other shows for you to check out.

When a baby is unexpectedly dropped into the lap of 23-year-old slacker Jimmy Chance, hijinks ensue. The reason he has the baby, by the way, is because he had a one night stand with a serial killer whose crimes have caught up with her. The laugh-out-loud funny show explores the trials and tribulations of single parenthood. Jimmy is as inexperienced a parent as you can get: In the absence of a proper stroller, he uses a shopping cart and uses a rubber glove for a bottle.

Helping Jimmy through parenthood are his own parents, his grandmother and the cute and sarcastic girl who works at the corner grocery store. Just like the adventures of the Tanner family, the Chance family will make you laugh and feel all sorts of warm and fuzzy family feelings. Raising Hope is streaming now on Amazon and Netflix.

If the main thing you love about Full House is that TGIF nostalgia, you’ll probably recall this early to mid ’00s hit show. Relive the past with Frankie Muniz who plays Malcolm. For those who have never seen the show, it’s a very clever, funny look at family life through the eyes of the oft-forgotten middle child — who just happens to have a genius IQ. Plus pre-Breaking Bad Bryan Cranston is almost unrecognizable as the goofball dad. Stream all seven seasons on Amazon and Netflix.

The main reason a lot of us watched Full House was Uncle Jesse. Have mercy! Celebrate John Stamos’s Dorian Gray good looks with his new show on FOX right now, Grandfathered. John stars as a successful restauranteur and fun-loving perpetual bachelor who is shocked to discover that he not only has a son (played by Josh Peck!), but A GRANDDAUGHTER as well — thereby coining a brand new acronym: GILF.

Much like Uncle Jesse, Stamos’s character as a sudden grandpa has no idea how to deal with children, learning as he goes what it means to be a member of a family. Another star to keep an eye out for on the show is Christina Milian, who plays Josh Peck’s BFF and the woman he’s secretly in love with, because duh, she’s Christina Milian. Stream the first season on Hulu and on FOXNow.

What other shows will tide you over until the Fuller House release? Let us know @BritandCo!