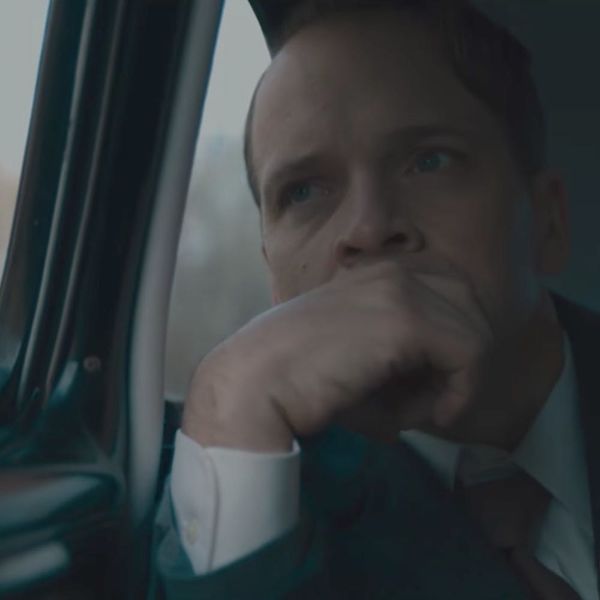 We’re giddy over the upcoming third season of Fuller House and beyond psyched for season two of Stranger Things, and now Netflix has just announced a new series that already has us on the edge of our seats. Wormwood, from documentary filmmaker Erol Morris, takes on conspiracies, tragedy, and the CIA’s top-secret LSD experiments in a unique format for the streaming service.

Through a combination of re-enactments (starring Peter Sarsgaard, Molly Parker, Christian Camargo, and Scott Shepherd) and documentary-style interviews, the show will look into the mysteries surround the CIA’s dealings in the 1950s. Specifically, it will look at the case of Frank Rudolph Olson, a CIA employee who allegedly jumped (or was possibly pushed) to his death out of a New York City hotel room window after secretly being given LSD.

Though the circumstances around Olson’s death remain unclear, his sons, Eric and Nils Olson, filed suit against the government in 2012, and now his one son will attempt to uncover the truth. “I was told that, ‘Your father has had an accident,’” he says in the series’ trailer. “But that was the cover story told by the CIA.”

Morris, who directed the six-part docu-series, told The Hollywood Reporter that he feels this is something everyone should watch. “In many ways, [this is] a personal family story, but in many other ways, [it is] a story of America’s decline in the period following World War II,” he said in a statement about the trailer. “It asks the question: To what extent can a democracy lie to its citizens and still, in the end, remain a democracy?”

You’ll be able to watch this mind-blowing (and mind-twisting) docu-series when it hits Netflix on December 15.

Will you be watching Wormwood? Let us know @BritandCo!