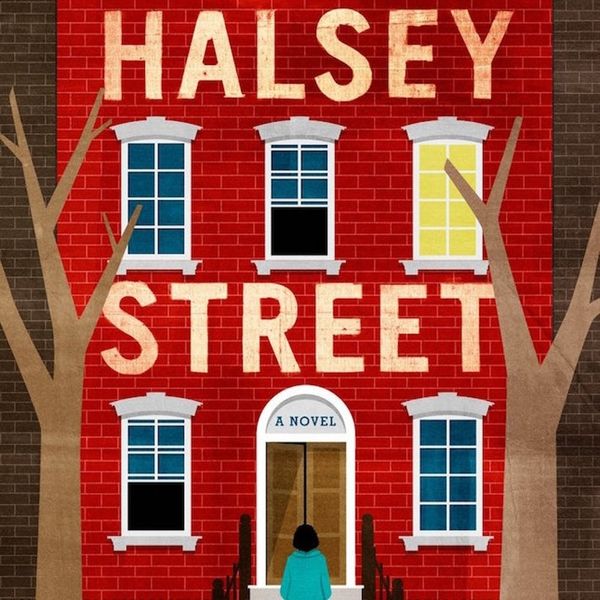 The only constant is change. In this first edition of Brit + Co Book Club for 2018, we take a look at novels and a work of historical nonfiction that deal with neighborhoods, people, and societies in flux. From the lives of Thomas Jefferson’s daughters in a rapidly changing, early America, to stories of gentrification and poverty in India and NYC, the books offer up a complicated vision of a complicated world.

The seismic shift in Naima Coster’s Halsey Street comes from its nuanced look at gentrification, a seemingly inevitable process in cities that is both seductive and destructive. If you’re looking for an area radically changed by gentrification, you can’t do much more extreme than Brooklyn, specifically Bed-Stuy, where protagonist Penelope Grand’s father Ralph used to own a record store. Once an important and admired area businessman, particularly among the local black community, he sold his store. In what was to be the beginning of the end, an organic grocery moved in, which was soon followed by sweeping neighborhood change and rising costs.

Booker Prize nominee Mukherjee takes on the complexities and cultural shifts of modern-day India. In five interweaving stories, his characters seek to create seismic change by striving for better lives beyond their current stations. Their lives are miles apart from each other, from the richest urbanites to the poorest rural villagers, and everything in between. They inhabit separate narratives, but there are moments of collision and intersection, and the characters explore the disconnects that arise when life radically changes:

In a nascent American nation, the world was changing, but the paths for women (and particularly women of color) were still unforgivably rigid. Kerrison’s book follows three of Thomas Jefferson’ children, born to tremendously different lots in life: Martha and Maria were Jefferson’s free, white daughters by his wife, Martha, but Harriet Hemings was born into slavery from Jefferson’s coercion of his slave Sally Hemings.
Ilana Lucas
Ilana is an English professor, theatre consultant and playwright based in Toronto, Canada. When she’s not at the theatre or insisting that literary criticism can be fun, she’s singing a cappella or Mozart, occasionally harmonizing with the symphony, or playing “Under Pressure” with her rock handbell group, Pavlov’s Dogs.
Book Club
Creativity
Book Club Books