3 New Books About Marital Bliss and the Marital Abyss 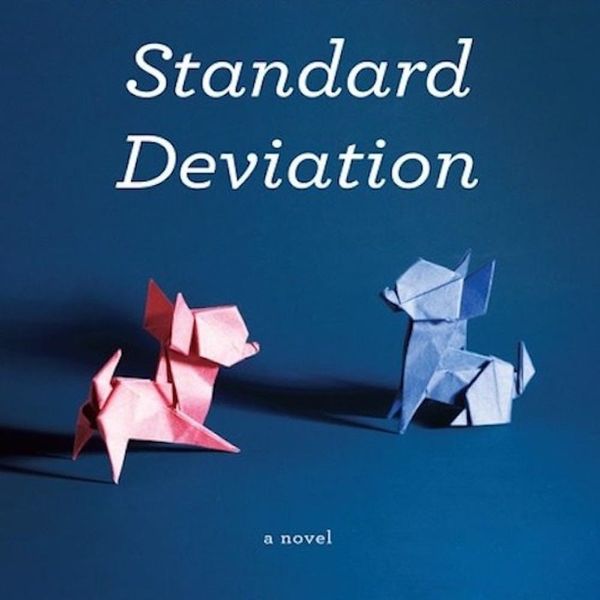 So… how many weddings are you invited to this year? We’re about to open wedding season, and as you watch your friends and relatives (and possibly even yourself) get hitched, it’s a good time to think about both the positives and negatives of pledging yourself to another person. Will you grow and change for the better, together? Or will you lose yourself? As the two novels and one memoir in this week’s book club amply prove, marriage can be a refuge and source of strength… or it can be a source of stress and turmoil. Read on for the joys and pain that can come from the biggest commitment that many of us will make.

Standard Deviation, the first novel from an accomplished short story writer, shows us the difference between a marriage that works and a marriage that doesn’t, but it also shows that any relationship has challenges. Graham Cavanaugh had a stressful first marriage to Elspeth, but now his life is much better with his long-term relationship with Audra. Audra is the light of his life, but also the life of the party, which can be more than a little exhausting. Graham finds himself both appreciative of and tired by his booming social life with his spontaneous wife, and the “parallel universes” they seem to inhabit; he can’t help but wonder whether he’s made an excellent choice and the grass always looks greener on the other side, or if the grass actually wasn’t greener, and he’s made a huge mistake.

It’s been said by many that true love can get you through the worst trials. A 2006 study at the University of Virginia, for example, discovered that women in happy, committed relationships felt measurably less anxiety and pain when enduring electric shocks to the ankle simply by holding their partner’s hand. Adversity can bring out the best or worst in a marriage, and this true story shows that Fitzgerald and her husband certainly had their share of adversity early on.

While a loving marriage can provide buoyancy in an otherwise sinking situation, there are marriages that do nothing but drag those involved down. Letgers’ mournful novel details one of these terrible marriages — strained, distant, and rife with emotional abuse and betrayal. Angela Dunnewald and her husband Ross have a broken marriage of almost 20 years; Ross is rarely present, and when he is, he’s self-involved and sometimes even cruel. Angela feels trapped; though she leads a life of relative privilege, her life as a housewife is also relatively sheltered and her social interactions are many but superficial. Suddenly, however, she crosses paths with carpenter Daniel, which sparks both a renewed interest in life and an affair.
Ilana Lucas
Ilana is an English professor, theatre consultant and playwright based in Toronto, Canada. When she’s not at the theatre or insisting that literary criticism can be fun, she’s singing a cappella or Mozart, occasionally harmonizing with the symphony, or playing “Under Pressure” with her rock handbell group, Pavlov’s Dogs.
Book Club
Creativity
Book Club Books
More From Creativity