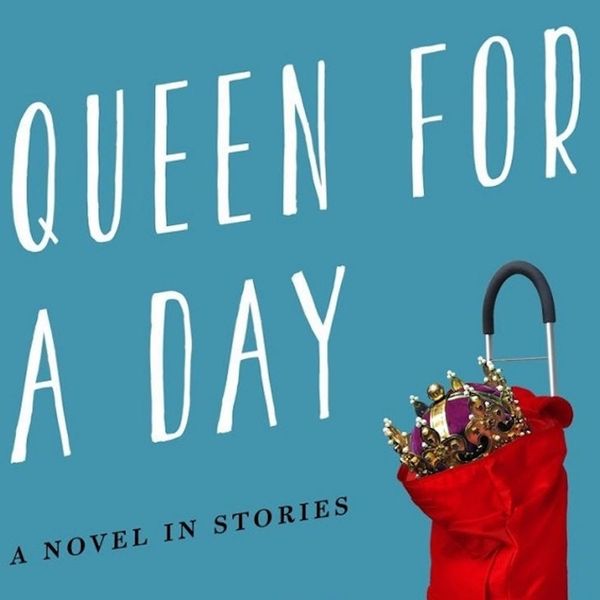 When women are judged by the male gaze, their worth and visibility are often tied reduced to a simple, disturbing equation involving youth and beauty. If you wouldn’t sleep with them, as conventional media tries to help dictate, you don’t want to see them. Many an actress has lamented the lack of available roles once she turned some heinous age like 40. That doesn’t mean that the stories don’t exist; they’re just not being told. In defiance of this drought, the three new books in this week’s book club foreground women whom society often deems unworthy of note: the mousy and introverted, the middle-aged, the moms (particularly mothers of special needs children). The protagonists of these books aren’t all noble or wonderful people, but they don’t have to be in order to be fascinating characters. The point is that they’re here and visible, and their stories can’t be ignored.

“Louise’s days go like this: She wakes up. She wishes she hasn’t. Chances are: Louise hasn’t slept much. She works as a barista at this coffee shop that turns into a wine bar at night, and also writes for this e-commerce site called GlaZam that sells knockoff handbags, and is also an SAT tutor. She sets an alarm for at least three hours before she has to be anywhere, because she lives deep in Sunset part, a twenty-minute walk from the R, in the same illegal and roach-infested sublet she’s been in for almost eight years, and half the time the train breaks down. When they call her once every couple of months, Louise’s parents invariably ask her why she’s so stubborn about moving back to New Hampshire, say, where that nice Vigil Bryce is a manager at the local bookstore now, and he won’t stop asking for her new number. Louise invariably hangs up…She looks in the mirror. Today, she says-out loud (a therapist she had once told her that it’s always better to say these things out loud) – is the first day of the rest of your life. She makes herself smile. Her therapist told her to do that too.”

In the 1950s, a bizarre yet perhaps unsurprisingly popular game show of the same name of Rosaler’s book was possibly the precursor to reality TV, because it deliberately fed on misery. The three female contestants on each episode of Queen For a Day would tell their respective sob stories (husband out of work! Dying child! Make that six dying children!) and the audience would vote by applause on whose lot was the worst, who would then be given the title and a prize such as a refrigerator. The women in this new “novel in stories,” mothers of special needs children, might technically fall into the longsuffering category of QFAD, but the point of the book is not to make them into simply martyrs, but real people.

“‘You’re such a fighter,’ her mom always said, and Sonja is a fighter; she doesn’t give up. She ought to, but she doesn’t.” Nors’ book, a finalist for the Man Booker International Prize, gets its first English edition (translated from the Danish). It’s about Sonja, a translator (of crime fiction) herself; middle-aged and bored of the life she’s currently inhabiting, she’s currently taking driving lessons so as not to disappear completely.
Ilana Lucas
Ilana is an English professor, theatre consultant and playwright based in Toronto, Canada. When she’s not at the theatre or insisting that literary criticism can be fun, she’s singing a cappella or Mozart, occasionally harmonizing with the symphony, or playing “Under Pressure” with her rock handbell group, Pavlov’s Dogs.
Book Club
Creativity
Book Club Books Goods
More From Creativity