3 New Sci-Fi and Supernatural Mysteries to Dazzle Your Imagination 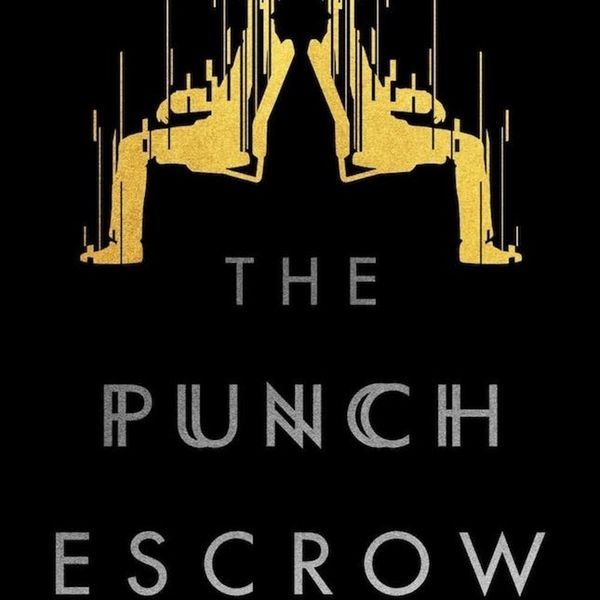 Even though most of us couldn’t afford to make it to Comic-Con last weekend, it’s a good bet that we still wanted to. It’s fairly indisputable that sci-fi and fantasy are still at the peak of their popularity, and that’s not going to change any time in the near (or distant) future. This week’s Brit + Co book club gives you three new genre thrillers and mysteries to put you at the edge of your (Captain’s) seat.

Transporters are one of the sci-fi technological advances we long for most (who wouldn’t want to be able to beam to work and not have to deal with a commute, or go halfway around the world in a second?), but these magical devices are also notoriously tricky. Dr. McCoy always complained about having his atoms scattered across the galaxy, the ones in Galaxy Quest could accidentally turn you inside out, and Riker wound up having to deal with a weird duplicate who wanted to date his ex. That’s the situation in which Joel Byram, hero of debut novelist Klein’s The Punch Escrow, finds himself: A report of his death causes his wife to panic and use a transporter to create a copy. This turns out not to have been the worst plan, as Joel suddenly finds himself up against a conspiracy, and could really use an extra set of hands.

If the last name Helsing rings a bell to you, then you won’t be surprised to find out that Greta Helsing, heroine of Vivian Shaw’s Strange Practice, has a very strange practice indeed. Greta caters to those who would normally be out of the range of doctors’ hands; you see, they’re all already dead. Okay, undead. “For the past five years, she had run a bare-bones clinic out of Wilfert Helsing’s old rooms in Harley Street, treating a patient base that to the majority of the population did not, technically, when you got right down to it, exist. It was a family thing.”

One of the staples of sci-fi and fantasy is time travel. Thankfully, Emily Colin doesn’t believe in the temporal Prime Directive, and gives us a love story that searches through time and place. Eight years ago, Isabel Griffin thought she’d lost everything when her longtime confidant and boyfriend, Max Adair, went missing from the same place her mother did when Isabel was 16. “He disappeared less than fifty feet from where I was standing, while I screamed his name.”
Ilana Lucas
Ilana is an English professor, theatre consultant and playwright based in Toronto, Canada. When she’s not at the theatre or insisting that literary criticism can be fun, she’s singing a cappella or Mozart, occasionally harmonizing with the symphony, or playing “Under Pressure” with her rock handbell group, Pavlov’s Dogs.
Book Club
Creativity
Book Club Books
More From Creativity