3 New Books That Will Make You Ugly Cry 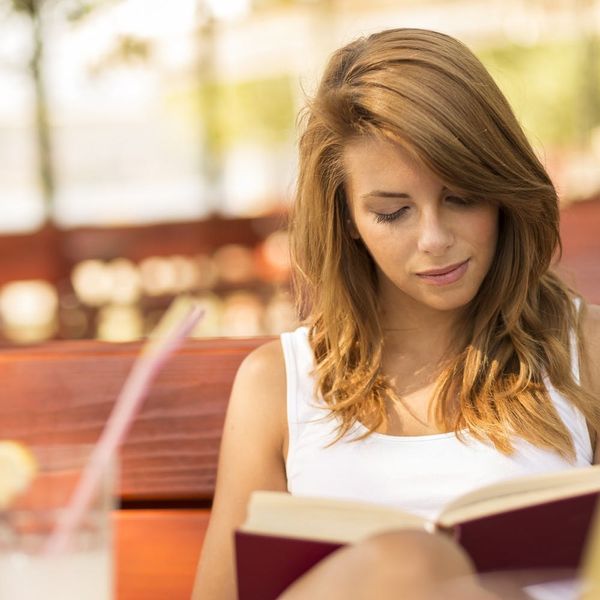 Nothing quite says tragedy like the Ides of March, so it’s fitting the books in this week’s book club were all released around the anniversary of Julius Caesar getting stabbed in the back (and front. And side). It’s almost spring, but we need to get over winter first with one last ugly cry. These three cathartic volumes all deal with the nature of grief and loss and will keep you spellbound until the last, tear-stained page. If Adele doesn’t turn on the waterworks for you anymore, have no fear; these books will with their combination of humanity, heart, wit, understanding, and pain that hurts oh so good.

Meredith Oliver’s family is having an ugly-cry year. First, a terrible accident on the baseball diamond leaves her brother Evan, a high school baseball star, with a crushed eye socket. Then, middle schooler Meredith, who can’t get the doctor’s “imagine stepping on an ice cream cone” explanation of the injury out of her head, finds herself at the scene of a kidnapping, only to be rejected in favor of another young girl. It may seem strange to look at avoiding a kidnapping with anything but gratitude, but the incident in the Deli Barn leaves Meredith shaken and doubting her self-worth.

In her groundbreaking work, On Death and Dying, psychiatrist Elisabeth Kubler-Ross both established the now-famous “Five Stages of Grief,” while postulating that the fear of death is passed on from generation to generation; how we handle death around our children, she suggests, is instrumental on how much they will grow to fear it. This is under normal circumstances; if death is particularly shocking or tragic, if suicide or murder or abuse is involved, there’s no telling what damage can be done.

Literature about illness and the philosophical outlook that often accompanies it is nothing new. The heartbreaking scourge of cancer has inspired volumes from Wit to The Fault in Our Stars. Teva Harrison’s diagnosis of advanced metastatic breast cancer at 37 was devastating for the artist, but she found comfort in putting ink to paper. “Back home, all worked up and raw, I started to draw my worst memories, my lived nightmares,” Harrison writes. “An exorcism of sorts. I found myself drawing dark, primitive comics, and then I’d feel a bit of peace. Once the story was outside of my head, I could let go a little.”
Ilana Lucas
Ilana is an English professor, theatre consultant and playwright based in Toronto, Canada. When she’s not at the theatre or insisting that literary criticism can be fun, she’s singing a cappella or Mozart, occasionally harmonizing with the symphony, or playing “Under Pressure” with her rock handbell group, Pavlov’s Dogs.
Book Club
Home News
Book Club Books
More From Home News