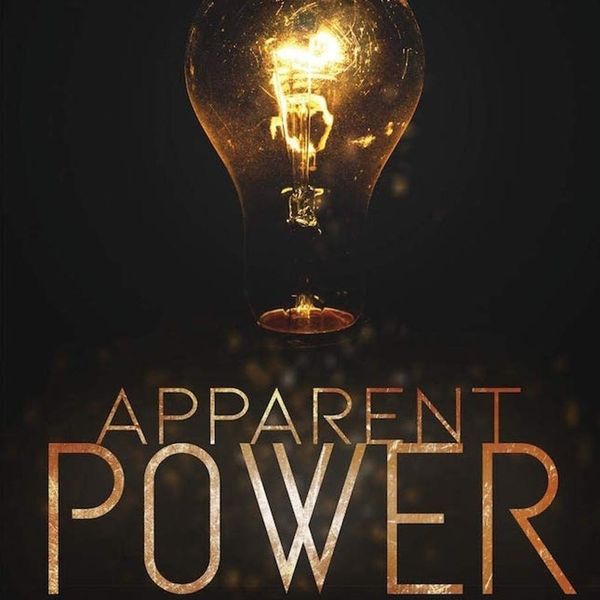 Energy can’t be created or destroyed, but it can certainly be captured within the pages of these new science fiction tales. In these worlds, some people and beings have the ability to take in and use the universe’s energy to do extraordinary things. Of course, if we know anything about the world, it’s that when you have any power, there are going to be people who want to take it away or exploit it. So, just like these characters, don’t be static — stay current by reading the dynamic novels in this week’s book club, and you’ll find yourself absorbed in these tales.

“The electricity flew from her fingers to the shower door handle. Valerie Russell yanked her hand back. The shock had not hurt, but the burst of light caught her off guard. She reached again, slowly. This time nothing happened, and she stepped into the shower. The water flowing over her face was satisfying in that it woke her senses far better than her alarm. Startled out of her thoughts by her husband clearing his throat, she took a breath to tell him what had just happened when he cut her off. ‘Who the hell are you?’ Scott stood frozen, staring at her. ‘Last time I checked, I was your wife.’ She wiped the layer of droplets to clear her view and waited for him to respond. His lips parted to speak, but he remained silent, brows creased, and head tilted.”

Another first book in a series, Anguish’s novel is based on a couple of inventions that change the course of human history. The first is a life-prolongation pill invented by protagonist Jon Foster’s father. Warren Foster’s pills, distributed to a very small number of family and friends, could stop aging forever, or could be bought in increments by the extremely wealthy, or used as an army recruitment tool. Jon himself, now 672 years old, was the inventor of nano-bots called “Essens.” People who live longer eventually consume more energy, and the Essens were designed to absorb that energy straight from its source in nearby stars. This worked for a time, but power is not infinite; stars are being drained entirely and are starting to go out. Unlike Arthur C. Clarke’s famous story, these events cause a great deal of fuss, and Jon naturally feels the need to avoid galactic chaos.

In this YA novel, Cole is your normal 17-year-old kid in small-town Ontario: He’s trying to stay afloat in math class, loves his parents and his friends, and spends the occasional minute daydreaming about his crush Malik, who’s from the big city (Toronto). Of course, there was that one time as a small child that he was kidnapped by the mysterious Ms. Easton, which has given him a bit of a reputation he can’t shake. Cole is almost finished with high school and looking forward to following in his deaf father’s footsteps by studying ASL interpreting. One perfectly normal day, though, he walks through a doorway in his high school and straight into the aviation museum he’s been thinking about: the museum that’s very far away from where he’s supposed to be.
Ilana Lucas
Ilana is an English professor, theatre consultant and playwright based in Toronto, Canada. When she’s not at the theatre or insisting that literary criticism can be fun, she’s singing a cappella or Mozart, occasionally harmonizing with the symphony, or playing “Under Pressure” with her rock handbell group, Pavlov’s Dogs.
Book Club
Creativity
Book Club Books Goods