3 New Quirky and Funny Novels to Spice Up Summer 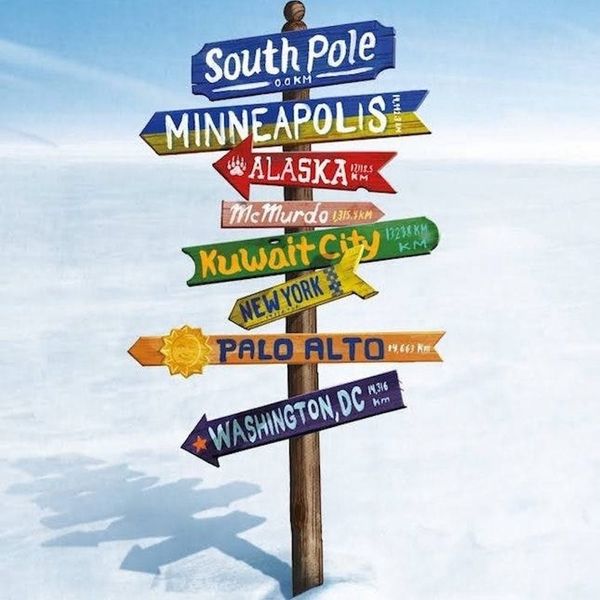 It’s hard to have summer fun without something funny. Summer might be a great time for breezy beach reads, but it’s also an awesome time for sharp, pointed satire that scorches, memorable characters, and quirky situations. The three novels in this week’s book club have some serious moments. Mostly, though, they’re memorable for witty observations and flashes of insight into the human condition that can only come from a bit of laughter.

The antidote to a scorching July day may just be this South Pole-based romantic comedy. Cooper Gosling, the heroine of Shelby’s off-kilter novel, passes the psychiatric portion of the fitness exam (“the pelvic exam of the mind”) to go to Antarctica as part of the 2003 National Science Foundation’s Antarctic Artists & Writers program… well, sort of. Cooper, a 30-year-old MFA grad and painter from the midwest with a deeply sardonic sense of humor, only gets a conditional pass after her consultation at Veritas Integrated Defense Systems (“much more than a defense contractor”), but she’s on her way anyway. It’s a great opportunity, but what is there to do in Antarctica, anyway? (Besides developing her “interesting juxtapositions” and “frenetic color palette”?) Her polar-obsessed father merely hands her a familiar childhood book detailing the doomed Scott expedition, a haunting reminder of her twin brother David’s obsession with Captain Oates’ “philanthropic suicide” before he ended his own life.

Rich Fischer, the “hero” of Klam’s novel, is a bit of a sad-sack, considering he’s a relatively popular cartoonist. This popularity, however, doesn’t necessarily equate to money or satisfaction; Rich is painfully aware that his best work is a few years in the past, and the ritzy New England artist retreat he teaches at allows him to retain the illusion of importance and “show off in front of strangers” while not paying him all that much. To top it off, he doesn’t find his marriage satisfying either, and he’s been cheating on his wife with a student at the retreat. This student just happens to be the wife of a billionaire, so Rich sees an additional value in potentially continuing this relationship; it’s at the expense of his wife, sure, but it could deal with all his other expenses. Or, at least, he could write a bestselling book about it. You might have picked up on the fact that Rich is not a particularly nice guy, but his story is an entertaining one.

What’s funnier than love? It’s absolutely bizarre, if you think about it and the trouble it can cause. Nutting’s novel is all about the crazy lengths people will go to for love, either to get it or to get out of it. Set in the not-too-distant future of 2019, the novel mines the comic possibilities of the intersection between technology, sex, and love. Hazel is on the run from her wealthy and powerful husband, Byron Gogol of Gogol Industries, because she feels that he has taken his desire for intimacy to a disturbing level. He’s insisted on using their marriage as the guinea pig in the first couples’ “mind-meld,” but when he brings out the brain chips to connect them wirelessly, she’s decided she’s had enough. The only problem with running from a technology scion, however, is that they come with ways of being able to track you.
Ilana Lucas
Ilana is an English professor, theatre consultant and playwright based in Toronto, Canada. When she’s not at the theatre or insisting that literary criticism can be fun, she’s singing a cappella or Mozart, occasionally harmonizing with the symphony, or playing “Under Pressure” with her rock handbell group, Pavlov’s Dogs.
Book Club
Creativity
Book Club Books
More From Creativity