3 New Books That Will Inspire You to Get Political 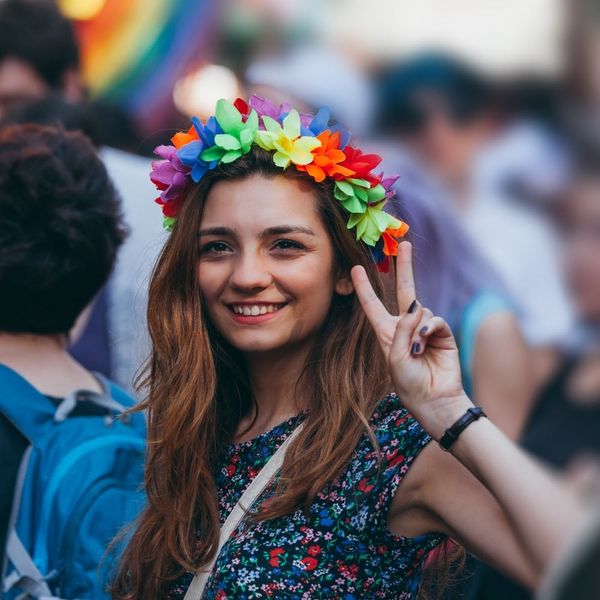 The past months have been both an activist’s nightmare and an activist’s dream. There’s so much that’s wrong with the world, and there’s so much potential to fix it. If you’re looking to get mobilized and take some action, a good way to start is by reading up on some serious subjects; we may be suffering from a “campaign against established knowledge,” but that’s why it’s more important than ever to remain informed. These three new books in this week’s book club give us a history of activism and suggestions on where to go next, so turn your beach vacay into a battle station, and read on.

<em>Divided We Stand: The Battle Over Women’s Rights and Family Values That Polarized American Politics</em>

Forty years ago, two very different women’s movements took form and polarized political discourse. Two years after the United Nations’ International Women’s Year of 1975, a National Women’s Conference was held in Houston, where legendary feminists Gloria Steinem and Bella Abzug, among others, pushed for an Equal Rights Amendment and abortion rights, and the newly hot-button issue of gay rights, in their National Plan of Action. Meanwhile, in the same city, Phyllis Schlafly’s conservative women’s movement loudly campaigned against feminism, preferring the label of the Pro-Family movement. Marjorie J. Spruill gives some badly needed attention to the far-reaching consequences of both these movements.

<em>The Death of Expertise: The Campaign Against Established Knowledge and Why It Matters</em>

When did “I’d like to go drinking with her” replace “She’s an expert in the subject” in our choice of elected officials and professionals? Tom Nichols, Senior Associate of the Carnegie Council on Ethics and International Affairs, and professor of National Security Affairs at the Naval War College and Harvard Extension School (and five-time Jeopardy! champion), examines a world where an attempt to be “fair” leads to treating all claims as though they have the same validity and credibility, knowledge is viewed as suspicion, and a brief glance at Wikipedia and WebMD grant the participant the same authority as a PhD or completion of medical school.

<em>The Home That Was Our Country: A Memoir of Syria</em>

Many revolutions suffer setbacks, and change isn’t always a linear process. Journalist Alia Malek hoped for a genuine and permanent transition for her home country of Syria after the events of the Arab Spring; she moved back to Damascus in the hopes of simultaneously aiding in the restoration of both her country and her grandmother’s house. Unfortunately, things didn’t quite happen as planned, and Malek found herself back in the US by 2013, a little stunned and a little sad.
Ilana Lucas
Ilana is an English professor, theatre consultant and playwright based in Toronto, Canada. When she’s not at the theatre or insisting that literary criticism can be fun, she’s singing a cappella or Mozart, occasionally harmonizing with the symphony, or playing “Under Pressure” with her rock handbell group, Pavlov’s Dogs.
Book Club
Home News
Book Club Books Politics