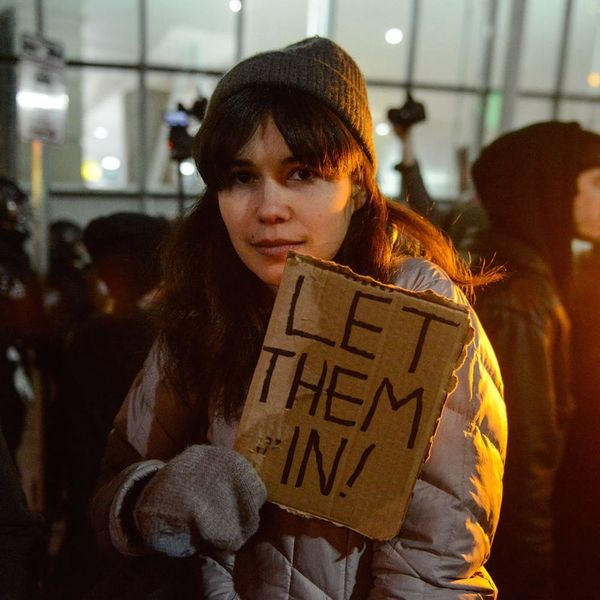 Despite an ongoing, global refugee crisis and the Trump administration’s own manufactured human rights crisis over asylum-seekers and immigrants, the administration will once again slash the number of refugees the US will accept. Secretary of State Mike Pompeo announced Monday evening that the US will allow a maximum of 30,000 refugees to enter in the 2019 fiscal year, the lowest cap for refugees that the country has set in decades.

“This repeated reduction in the number of refugees allowed into the US is incredibly troubling,” said World Relief CEO Tim Breene in a statement on Monday. “Not only is it a continuation of a series of unprecedented attacks on our American values and on the humanitarian nature of the refugee resettlement program, but it falls far short of helping the large number of vulnerable people around the world.”

President Trump’s State Department dramatically dropped the refugee cap last year, as well. For the 2017 fiscal year, which wraps up on September 30, the administration dropped the cap from 110,000 during Obama’s final year in office to 45,000 refugees, which was at that time the lowest cap set since 1980, when refugee caps first became issued by presidents.

About 85,000 refugees came to the US in fiscal year 2016, according to State Department figures. That number plummeted to a mere 33,000 the following year — marking the first time ever that the US resettled fewer refugees than any other country in the world, and threatening to irreparably erase the nation’s legacy as a safe haven.

Ann Hollingsworth, Director of Government Relations and Senior Policy Advisor for Refugees International, told Brit + Co via email that the decision to drop the refugee cap again for fiscal year 2019 is “a terrible message to send to global leaders at a time when there are over 25 million refugees worldwide that need life-saving support and protection.”

Refugee advocates also say that Trump is going back on promises that he’s made. “[Monday’s] announcement of the Administration’s intention means it has further reduced its promise to protect these vulnerable populations, backpedalling on promises to religious minorities, a commitment to leave no one behind who assisted US troops, and on strategic goals in some of the most volatile regions in the world,” Vice President of Policy and Advocacy for the International Rescue Committee Nazanin Ash said in a statement provided to Brit + Co.

The Administration’s pattern of refusing more and more refugees is all the more worrisome in the global context of refugees’ plight. As politics swing to the far right across Europe, anti-immigrant policies are also on the rise throughout the continent. Although various European nations resettled around 1 million refugees in 2015 when the Syrian refugee crisis was peaking, much of western Europe is now shutting the door on asylum-seekers. Last year, leaders of nations in the European Union met to discuss how to “stem the flow” of migrants as countries began to build walls and fences along their national borders, CNN reported.

At the same time, Europe is becoming increasingly dangerous for refugees and immigrants who already live there. Thousands of anti-immigrant far-rightists, including neo-Nazis, “hunted” in the streets for anyone who “looked foreign” for several days in Chemnitz, Germany, following the murder of a Cuban-German man in August. The man was allegedly killed by a man from Syria and a man from Iraq, and anti-immigrant bigots blamed the death on refugees and immigrants in general. Immigrants and refugees in Greece have also been subjected to horrific “lynch mobs” carried out by members of the neo-Nazi party the Golden Dawn, which has a dozen members in Greek Parliament.

At a time when an estimated 68.5 million people worldwide are displaced, and more than one million are in need of resettlement, the various attacks increase all kinds of dangers for refugees. Given the scale and urgency of the need, “America can do better,” the World Relief CEO said in his statement.

Elizabeth King
Elizabeth King is a politics, history, and culture writer based in the Twin Cities. She is generally pretty cranky but still enjoys traveling, music from the early 2000's, and plotting the resistance. Feel free to say hi on Twitter at @ekingc or check out some of her work at www.elizabethcking.com.
Controversy
Politics
Controversy Immigration Politics