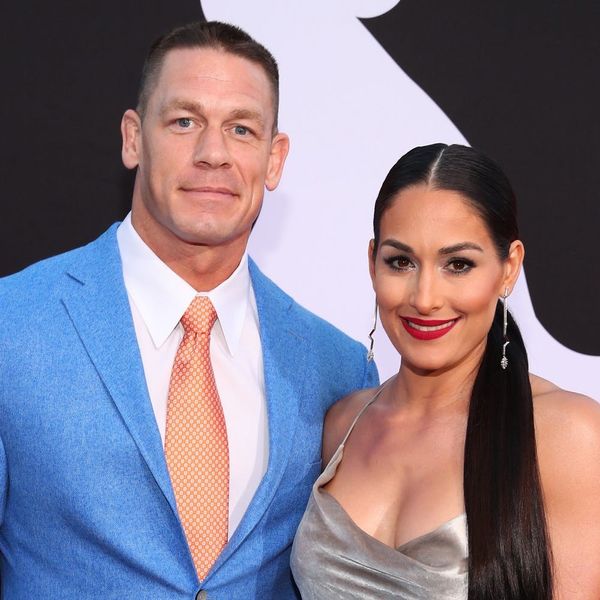 It’s been over a month since WWE stars Nikki Bella and John Cena ended their six-year relationship — though there are some reports that they’re now back together — and in a new video documenting their first reunion after breaking up, we see just how heartbreaking the split was for the couple.

“John, he’s like a frickin’ magnet to me and it’s like my heart sinks so deep into my stomach,” Bella tells the camera in a clip from her E! show Total Bellas. “I feel like I don’t even know how to breathe, as if my lungs are filled with fluid.”

Bella points out that Cena hasn’t called or texted, which the Blockers actor says was not by choice. “I’m supposed to stay away from you,” he says. “It’s taking every fiber of my being not to text or call you. I’m just trying to do the right thing.” The couple quietly admit to missing each other and share an affectionate hug.

Meanwhile, Nikki’s sister, Brie Bella, stands nearby with her husband, wrestler Daniel Bryan, trying to get a read on the situation. Brie has been vocal about her devastation over her sister’s split from Cena, saying he’ll “always be family.”

Since the pro-wrestling pair publicly called off their engagement, a decision reportedly made due to conflicting feelings over having children, they’ve both gone on to say that they hope to get back together. “I truly hope one day that we can work it out and get back together,” Nikki recently told ET. I think there is hope.” Cena, meanwhile, told the Today show that a reconciliation is his goal. “I don’t have any other hopes, other than maybe, one day, we can work it out.”

Do you think Nikki Bella and John Cena can make it work? Let us know @BritandCo.