Nina Agdal Fights Back Against Body-Shaming in Empowering Message 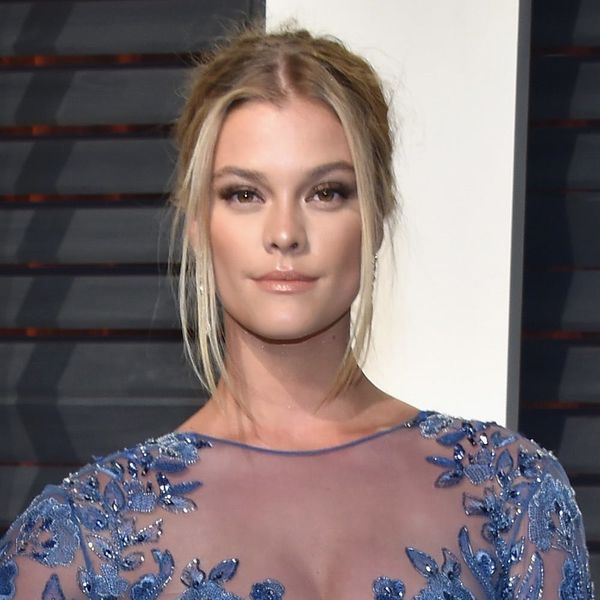 Despite the major strides the body-positivity movement has made in the mainstream lately, we all too often get reminders of the work there still is to do. Model Nina Agdal is the latest to speak out on the issue, taking the fashion industry to task for its persistent and problematic body-image pressures.

“Today, I’m disappointed and appalled at the still very harsh reality of this industry,” Agdal began her open letter on Instagram. She went on to explain that, a few months ago, she did a photo shoot with an unnamed creative team with whom she was excited to work. Shortly after, though, the cover story was scrapped for reasons relating to her looks.

“[My] agent received an unapologetic email concluding they would not run my cover story because it ‘did not reflect well on my talent’ and ‘did not fit their market,'” she wrote. “The publisher claimed my look deviated from my portfolio and that I did not fit into the (sample size) samples, which is completely false. If anyone has any interest in me, they know I am not an average model body — I have an athletic build and healthy curves.”

Agdal, who has appeared in multiple Sports Illustrated Swimsuit issues, then revealed that the shoot was one of her first back after taking a year off from modeling — something she said she did to step back from the “insensitive and unrealistic pressures of this industry,” as well as to deal with “paralyzing social anxiety.”

Rather than letting the incident with the publication bring her down, though, Agdal stood up to the body shaming she experienced with renewed confidence.

“I walked into that shoot as a 25 year old WOMAN feeling more comfortable in my own skin and healthier than ever before,” she wrote. “I am proud to say that my body has evolved from when I started this crazy ride as a 16 year old GIRL with unhealthy and insufficient eating habits.”

While this problem doesn’t only exist in the fashion and modeling industry, it’s certainly still common there. Just last year, UK model Ulrikke Hoyer — who is a size two — was fired from walking in a Louis Vuitton fashion show for allegedly being “too big.” But Agdal is done with the harmful beauty standards, and hopes she can help other women celebrate their bodies as they are.

“I decided to release an image to draw awareness and support of an issue that’s bigger than just myself and affects so many people not just in the fashion industry, but in general, with the goal of bringing women from all over together in a celebration of our bodies,” Agdal concluded her powerful note. “Let’s find ways to build each other up instead of constantly finding ways to tear each other down.”

What did you think of Nina’s message? Let us know @BritandCo.