Why This Portable Charger Will Replace All Others 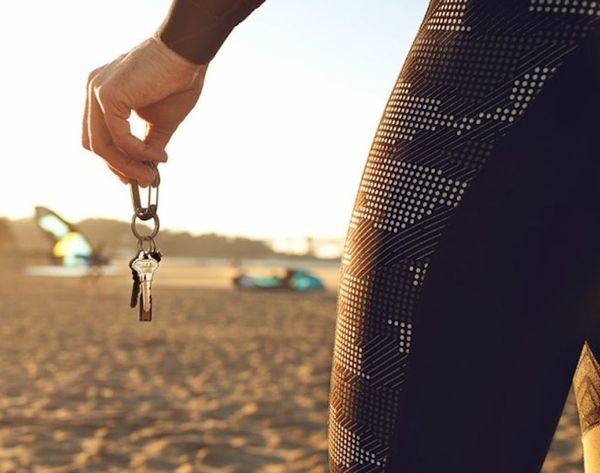 Our battery-reliant culture has come up with some pretty wacky ways to charge our devices. From campfire power to juicing up with the sun, there are endless options for staying charged and connected. And while the new Nomad Clip might not be the glitziest charger, it might just replace all others.

This small charger is the shape and size of a carabiner. There aren’t any caps or loose ends, and it’s so inconspicuous you probably won’t notice it on your key ring until you realize you need it. When you do need it, you’ll relish the functionality.

When we say you can toss out all your other charger cables, we really mean it. The list of devices that can be charged on the Clip goes on and on. In addition to recent model iPhones and Androids, it’s also compatible with the Windows Phone, Blackberry, iPads, iPod Nano and iPod Touch, Jambox, Chromebook and so many more.

Your device connects to one end of the Clip, while the other end slips into the nearest USB outlet, which can be found in the nearest computer, keyboard, television and probably even your car. No more time spent hanging out plugged into the wall!

The approach Nomad took to developing the Clip speaks to how useful it really is. Just like with their Key and Card, Nomad wanted to make something super functional that’s there when you need it but totally out of the way when not in use. The small Clip actually looks nothing like a charger as the cords stay hidden until you need them. Talk about a great (and a little geeky) surprise!

How do you charge your devices when you’re not at home? We’d love to hear about your favorite product in the comments below!

Hannah Schmitt
Hannah is the managing editor at MetroFamily Magazine in Oklahoma City but her favorite jobs are the ones done at home: loving on her husband and dog, sprucing up the house and entertaining family and friends.
Tech
More From Tech