Norma McCorvey (AKA Jane Roe) of Roe v. Wade Has Passed Away 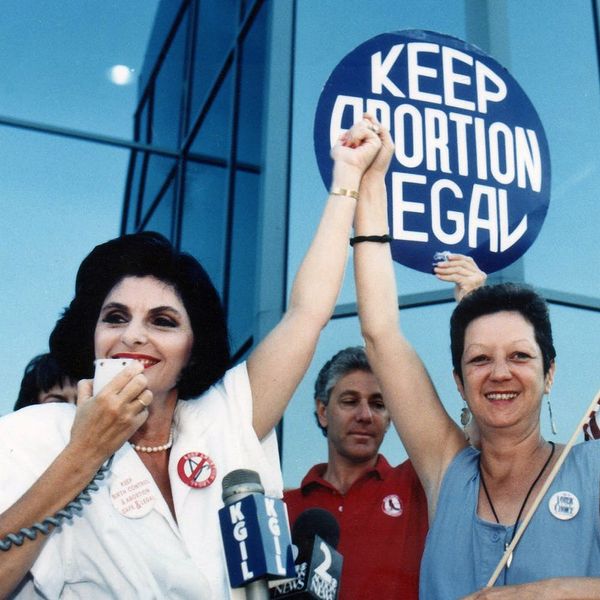 Norma McCorvey, the woman known as Jane Roe in the historic Roe v. Wade case (which in 1973 resulted in a historic US Supreme Court decision that established women’s constitutional right to abortion, a right under threat to this day), has died at the age of 69, reports the Washington Post.

Norma was living in an assisted-living facility in Katy, Texas when she passed from a “heart ailment,” adds the paper. It was 1970 when Norma, then 22 years old, “unwed, mired in addiction and poverty, and desperate for a way out of an unwanted pregnancy” filed a lawsuit, hoping to be legally allowed to have an abortion. She had no idea of the history-changing ruling that would follow.

Three years later, on January 22, 1973, the Supreme Court passed a 7-to-2 ruling stating that a person’s constitutional right to privacy indeed did allow women the right to have a safe (and legal!) abortion. It also established the trimester framework, which as the Washington Post explains, was “designed to balance a woman’s right to control her body and a state’s compelling interest in protecting unborn life.”

Even though she learned of the ruling by reading about it in a newspaper (her baby was nearly three years old by then and had been given up for adoption), Norma instantly became known as a women’s rights pioneer. Years later, she admitted that she had lied about her pregnancy being the result of rape and, upon becoming a born-again Christian, declared: “Upon knowing God, I realized that my case, which legalized abortion on demand, was the biggest mistake of my life.”

Even so, her contribution to the women’s rights movement is undeniable and there’s no question that she changed the course of history as we know it. May she rest in peace.

Barbara Pavone
Barbara Pavone is a pop culture-obsessed writer based in beautiful (but ridiculously cold) Montreal, Canada. When she's not working, she's sipping on a Pimm's Cup and daydreaming about her celebrity hero, Saint West.
Politics
Politics
Politics Womens Health
More From Politics