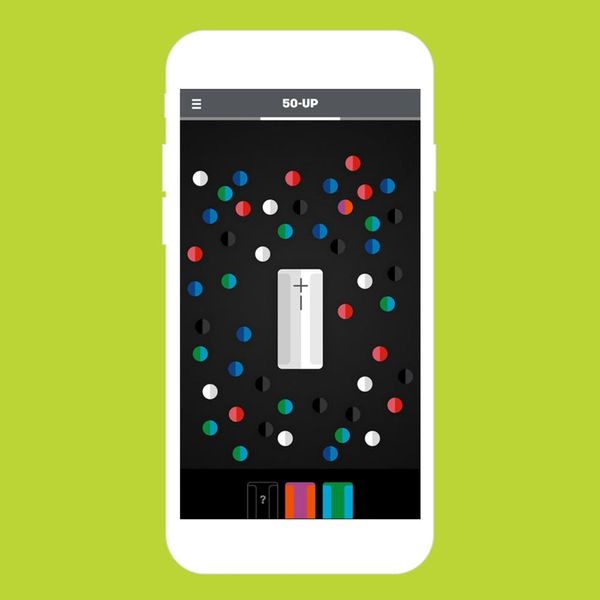 There’s nothing better than some good tunes to get you pumped up at a party. But the tinny sound coming out of your phone’s speakers just doesn’t cut it — what you need is a great set of speakers.

The company Ultimate Ears makes an awesome portable Bluetooth speaker called the UE Boom. While this speaker already allowed you to pair it up with another of its kind to get some true studio sound, now you can link more than 50 speakers to get them all playing in sync (or ‘N Sync).

Ultimate Ears has appropriately named this feature PartyUp. Your speakers can even be a mix of the UE Boom, Boom 2 and Megaboom. You can drag and drop nearby speakers in the app, which can detect the speakers even when they’re off. Once the app finds the speakers, just drag whichever you want to play music into your “party” and back out to remove them. The speakers even support Siri and Google Now voice control.

You can find the UE Boom 2 here and download the app here (iOS) or here (Android).

What would you celebrate with 50 speakers? Let us know @BritandCo!

(h/t The Verge, photos via Logitech and Getty)

Shea Lignitz
Shea can be found in the nearest bookstore or brewery, exploring the great outdoors, or blasting Led Zeppelin. She grew up in the cold and rain of Northern California's redwoods but is currently wandering around Texas.
Music
Tech
Music Tech News
More From Tech