Sasha and Malia’s Epic Final Night in the White House 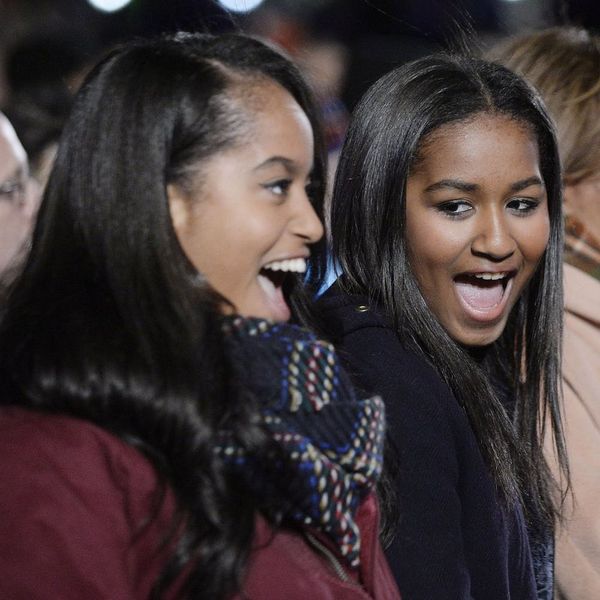 In the weeks leading up to Trump’s inauguration, the world watched as Barack and Michelle Obama readied to leave the White House. Meanwhile, two other residents were busy with their own plans. Today, Michelle revealed what her daughters were up to during their final moments at 1600 Pennsylvania Avenue.

Malia and Sasha, now 18 and 15, spent their teen years as the country’s first daughters. So on their last night on the job, they celebrated in true teen style — hosting a sleepover with junk food galore.

"Every day, although you consider it the place you live, I think you're very mindful that this is a place of history—that this is a place that belongs to the people and to the country." Head to go.wh.gov/aPVFFa to watch President Obama share a look inside the White House Residence, the First Family’s home for the last eight years.

“They had a sleepover, because of course on Inauguration Day, because my girls are so normal, they’re like, ‘Well, eight girls are gonna be sleeping here because it’s our last time, and we want pizza and we want nuggets.’ And it’s like, really?” Michelle said at the annual American Institute of Architecture conference, according to Today.

Just because the girls spent their last night in the White House happily hanging with friends, they still felt a little misty-eyed to leave it all behind. “So that moment of transition, right before the doors opened and we welcomed in the new family, our kids were leaving out the back door in tears, saying goodbye to people,” Michelle admits.

We feel them. Moving can be hard and emotional — especially when your old home is the White House.

Tell us about a difficult move you’ve had to make @BritandCo.

Rachel Davies
Rachel Davies is a writer, curator, and editor. Apart from writing, Rachel loves to read, take Greyhound buses, and drag her friends to museums every weekend. You can find Rachel over on Twitter @rachelcomplains.
Politics
Current Events
Politics