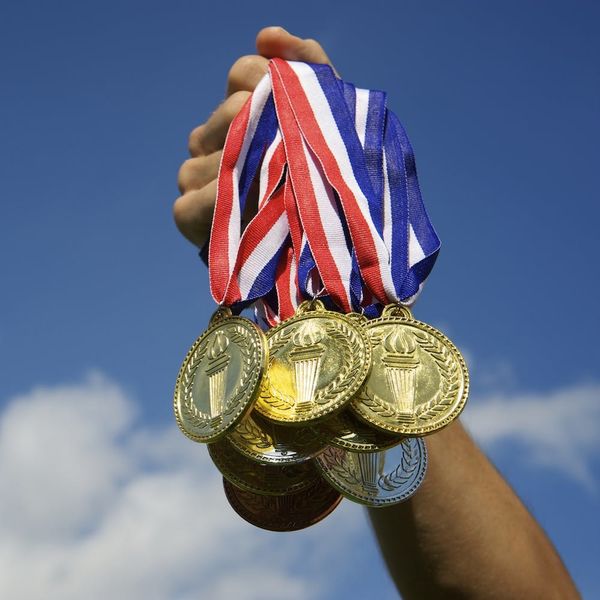 The Rio Olympics are barely over, and we’re already hearing news about what to expect in Tokyo for the 2020 Olympics. In an effort to make their turn at the Olympics as eco-friendly as possible, Japan is looking to make the athletes’ medals out of recycled materials, specifically old cell phones.

Japanese authorities are apparently looking into tapping the country’s “urban mine,” instead of mining for new materials. Although Japan does not have many natural resources, its urban mine is estimated to contain the equivalent of 16 percent and 22 percent of the world’s total reserves of gold and silver.

Officials in Rio also recycled materials for the medals this year. About 30 percent of the silver used came from leftover mirrors and X-Ray plates. The national mint gave copper waste for the bronze medals, and the ribbons were made from recycled plastic.

Should we start awarding Olympic organizers with green medals?

What was your favorite moment of the Rio Olympics? Let us know @BritandCo!

Cailey Rizzo
Cailey is a junkie for all things pop culture. She studied journalism and English literature at SUNY Purchase, then continued studying French cinema and literature at Paris IV Sorbonne. She currently lives in New York where she can often be found singing '70s music at karaoke bars.
Olympics
Tech
Olympics Tech News
More From Tech