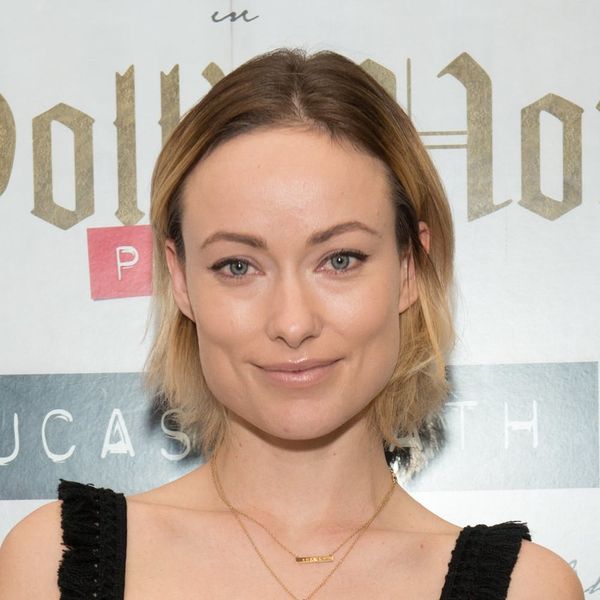 As spring begins to give way to summer, it’s typical to see celebs lightening up their locks, like Emma Stone, who just ditched her signature red in favor of a summery strawberry blonde. Olivia Wilde is taking the opposite approach, however, darkening up her hue three months after going blonde.

The change is not necessarily out of preference for brunette hair, though. As the Tron actress revealed on Instagram, the change-up is for a role with a rather dark focus.

“Dark times call for dark hair,” she wrote on the snap of her makeover, adding the hashtag: “1984play.”

Those that remember the George Orwell novel 1984 as published in 1949 will recall its sinister premise, which sees a country ruled by a tyrannical government that spies on its citizens and rewrites history to support its agenda.

For the Broadway version of the tale, Wilde will take on the role of Julia, a woman who begins an affair with the novel’s protagonist, Winston Smith. It’s a fitting part for the 33-year-old’s Broadway debut: As you may recall, she’s been extremely immersed in politics over the last year and a half, even announcing her baby’s gender in relation to our most recent election.

Feelin myself apparently. Thanks to the master @harryjoshhair for the chop. #nomoremelaniahair

The last time Wilde changed up her length was also in part aligned with her politics. Back in December, she revealed that she had gotten a chop in order to move away from what she referred to as “Melania Hair” in her hashtag.

Regardless of her motives, Wilde’s new hair color makeover for summer is proving that lighter locks for warmer weather is totally a hair rule you should break.

What do you think of Olivia’s darker ‘do? Share with us @BritandCo.

Nicole Briese
Nicole is the weekend editor for Brit + Co who loves bringing you all the latest buzz. When she's not busy typing away into the wee hours, you can usually find her canoodling with her fur babies, rooting around in a bookstore, or rocking out at a concert of some sort (Guns N' Roses forever!). Check out all her latest musings and past work at nicolebjean.com.
Celebrity Hair
Hair
Celebrity Hair
More From Hair