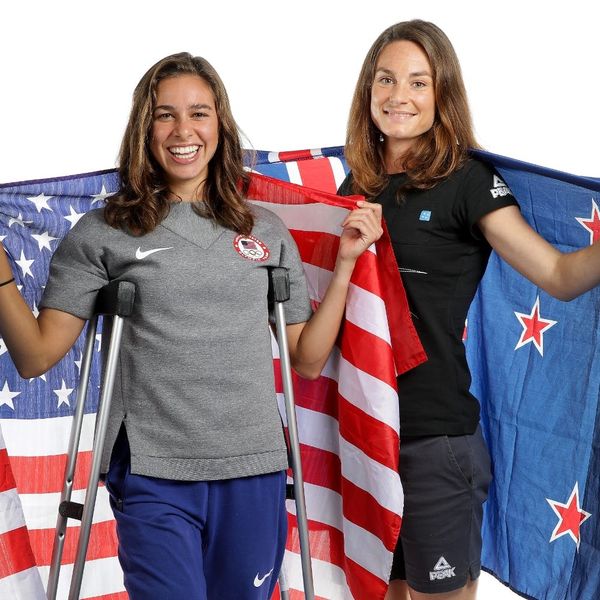 The 2016 Rio Olympics have been filled with super emotional and totally touching moments. Simone Manuel’s history-making gold win had us tearing up along with her, while Will Claye’s proposal was all kinds of amazing (no, we’re not talking about the cringe-worthy, thunder-stealing proposal that He Zi received). Now, in a perfect example of what the Olympic spirit is all about, two runners have turned their disastrous run into a truly inspirational moment.

When New Zealand’s Nikki Hamblin and USA’s Abbey D’Agostino both fell during the women’s 5,000-meter semi-final, it looked like the race was over for them both. With their medal dreams dashed, the athletes could have easily (and understandably) just given up. But that’s not at all what happened.

Hamblin explained, “I went down, and was like, ‘What’s happening? Why am I on the ground?’ Then suddenly this hand on my shoulder, like ‘Get up, get up, we have to finish this,’ and I said, ‘Yup, yup, you’re right. This is the Olympic Games. We have to finish this.’ I’m so grateful for Abbey for doing that for me.”

With Abbey too hurt to get up on her own, Nikki stopped and went back to pick her up off the ground and together, they finished the race. Cue ALL of the feels!

Were you totally moved by Nikki and Abbey’s Olympic spirit? Tweet us @BritandCo!