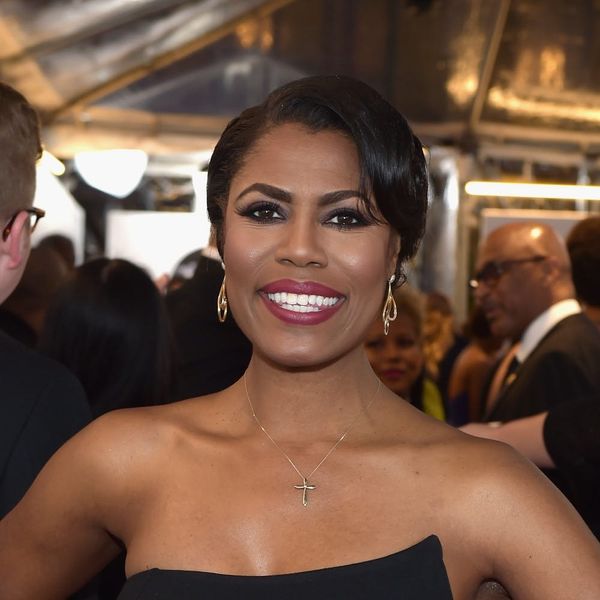 Omarosa’s stint on Celebrity Big Brother is not off to a great start! The former director of communications for the office of public liaison became the center of attention Friday when she was hospitalized following a Head of Household competition during which the celeb contestants reportedly had to spin around until dizzy, then bowl.

Although the competition itself was not shown on the series’ live feeds, when coverage did return, the reality star was visibly absent. What’s more, newly crowned HOH and TV personality Ross Mathews and castmate Marissa Jaret Winokur of Hairspray, were overheard speculating about whether or not the former White House employee would return to the show. “You knocked her out and did so wonderfully,” Mathews whispered as his ally responded, “I put her in the hospital. She’s gonna be okay.”

While it was initially unclear whether the host of Hello Ross was alluding to a physical knockout, CBS confirmed that the 44-year-old Apprentice alum did indeed return to the set of CBB on Saturday night following a visit to the hospital. What’s more, according to the network’s official statement, the cause seemed to be stress-related as opposed to one of physical injury.

“Omarosa has returned to the Celebrity Big Brother house after receiving medical attention last night and today for an asthma attack,” CBS announced, adding, “This development will be addressed on the Sunday night broadcast.”

Tony winner Jaret Winokur later speculated that the asthma attack may have been a ruse to get a break from the house.

Either way, we’re glad to hear Omarosa is okay!

Are you a fan of Celebrity Big Brother? Tweet us @BritandCo.