OMG: Disneymojis Are Happening and Here’s How You Can Get Them 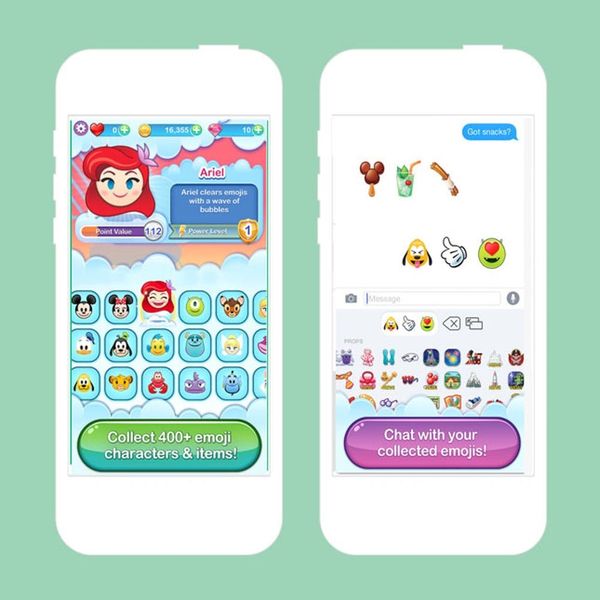 Emojis have been undergoing some major changes lately: Between the 72 new additions iPhone introduced and Facebook’s new messenger emojis, the options are seemingly endless when it comes to digitally expressing how we feel.

They’re about to get even BETTER, though, because there’s a certain animated mouse that wants in on the fun, and our lives will never be the same: That’s right, Disney fans — DISNEYMOJIS!

And not just any Disneymojis — not only are Mickey, Minnie, Donald and the rest of the mouse gang all here, characters from your favorite films, such as The Little Mermaid and Alice in Wonderland are also on hand for your Disneymoji enjoyment.

These little gems don’t come free, though — in fact, you can’t actually buy them either. You’ll have to put Pokemon on hold and play a game called Disney Emoji Blitz to earn your right to that Monsters, Inc. creature: Just match three characters in a row and start collecting.

Though it’s currently only available to our friends in Canada and Australia, you can keep checking iTunes for a release date. In the meantime, here’s a little sneak peek at all the possibilities!

Will you play this game to unlock Disney emojis or nah? Tell us over @BritandCo!

Nicole Briese
Nicole is the weekend editor for Brit + Co who loves bringing you all the latest buzz. When she's not busy typing away into the wee hours, you can usually find her canoodling with her fur babies, rooting around in a bookstore, or rocking out at a concert of some sort (Guns N' Roses forever!). Check out all her latest musings and past work at nicolebjean.com.
Disney
Tech
Disney Tech News