OMG: Zooey Deschanel May Soon Be a Mommy Twice Over 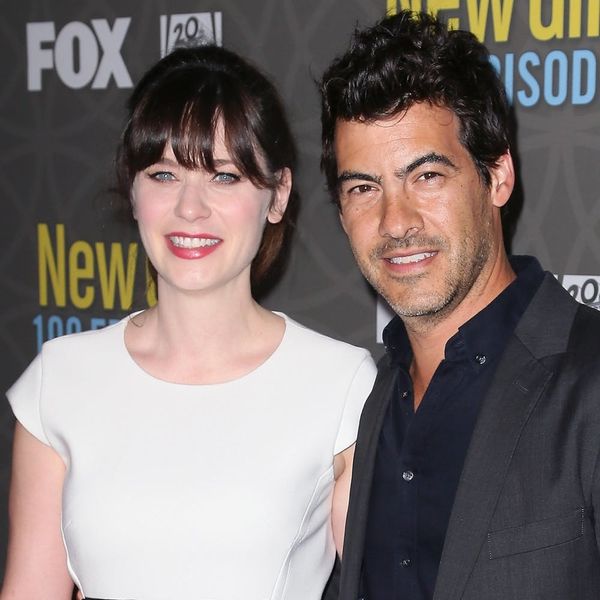 It seems like we’re *just* getting used to having Jess back on New Girl, and now, it appears we might be missing her again in the near future — if there’s a season seven at all. As of now, FOX has yet to renew or cancel the show, and we just might have an inkling as to why: Zooey Deschanel is reportedly preggers with baby number two!

If you would like to see the rest of my face then tune in! I am back on #NEWGIRL tonight at 8pm!

Though neither Fox’s or Zooey’s rep have yet to make an official comment on the matter, US is confirming that the baby bump the star was spotted sporting on set yesterday is more than likely her own and not her character Jess’s.

It certainly wouldn’t be the first time Zooey shocked us with some big life news — she dropped a baby bomb on fans last October when she confirmed the birth of her daughter, Elsie Otter (unique, no?), named for, well, otters, three whole months after her birth, as well as confirmed her marriage to now-husband Jacob Pechenik.

Having heard Zooey’s adorable take on motherhood thus far (“When you’re holding your baby, you’re like, I don’t want to go to work — this is like, the best thing ever,” she told E!,), our fingers are crossed that this one turns out to be true!

Do you think Zooey is with child or that it’s a New Girl stunt? Share @BritandCo.

Nicole Briese
Nicole is the weekend editor for Brit + Co who loves bringing you all the latest buzz. When she's not busy typing away into the wee hours, you can usually find her canoodling with her fur babies, rooting around in a bookstore, or rocking out at a concert of some sort (Guns N' Roses forever!). Check out all her latest musings and past work at nicolebjean.com.
Celebrity Couples
Celebrity News
Celebrity Couples Parenting Pregnancy
More From Celebrity News