One Day Later, Here’s What We Know About the Jacksonville Landing Shooting 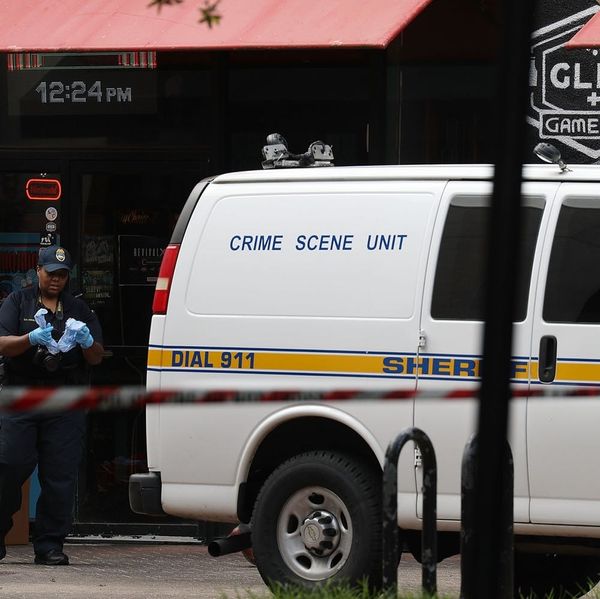 Communities are left reeling once again after a gunman claimed several lives in Jacksonville, Florida on Sunday, August 26. The shooting took place at the Jacksonville Landing mall during a competitive “Madden NFL” video game event. According to news reports, the gunman, 24-year-old David Katz, fatally shot two people and injured 11 more before fatally turning his weapon onto himself.

Here’s what is known so far about the tragic shooting and its victims.

What do we know about the shooting?

BREAKING: Jacksonville Sheriff's Office says there's been a mass shooting at the Jacksonville Landing; people told to stay away.

The shooting took place during a tournament for the popular video game Madden NFL, which was hosted at the GLHF Game Bar in Jacksonville Landing on Sunday afternoon. The shooting itself took place at the Chicago Pizza restaurant, which is next to the bar where the tournament was held, according to the local ABC News affiliate. The tournament was being live streamed, and audio from the horrific shooting was recorded as a result.

A total of nine people were injured by bullets, and two more were injured amid the shooting but were not hit by gunfire, according to a Vox report.

The shooter, David Katz, was participating in the gaming event and lost a game before firing his handgun into the crowd. Katz is reportedly from Baltimore, Maryland. So far, authorities have not determined a motive, CNN reports.

who are the victims?

In addition to the shooter, the incident resulted in two deaths. One of the victims was identified as 27-year-old Taylor Robinson from Ballard, West Virginia. The other victim, also a man in his 20s, has been identified as 22-year-old Eli Clayton from Woodland Hills, California, according to CNN. Both men were active in competitive gaming for years.

what are politicians saying about the shooting?

Florida governor Rick Scott, a Republican, told the media on Sunday that “prayer is important” for addressing mass shootings. Scott made similar comments to Rubio’s Monday tweet, when he spoke to reporters, asking “Why do young men not value life?” After reporters repeatedly asked Scott if it was fair to ask questions about access to guns, Scott responded, “Well that’s the first thing people are going to want to do. They’re going to want to talk about the means of something instead of the reason it happened.”

Scott has found himself the target of intensified criticism from liberals regarding gun laws, particularly in the wake of the Parkland shooting.

Florida Senator Marco Rubio Tweeted about the shooting on Monday morning, referencing “gang violence” that had broken at a high school on Friday and the Madden tournament at the Jacksonville mall on Sunday. “I have no problem focusing on WHAT was used to commit violence,” Rubio tweeted, “But we should also start focusing more on WHY people commit violence.”

Rubio, also a Republican, has also been heavily criticized for refusing to denounce the NRA and stop taking campaign contributions from the powerful pro-gun organization in the wake of recent high-profile gun attacks in his state.

But the nation’s top politician, President Trump, has so far been silent on the shooting. Trump has been active on social media since the time of the shooting and has so far not issued a statement. CNN reports that White House press secretary Sarah Huckabee Sanders told the press on Sunday that the president had been briefed on the incident.