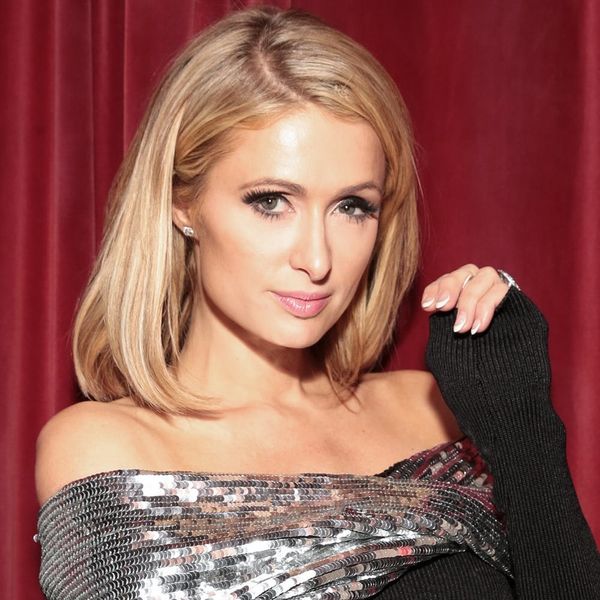 Look out, world — Paris and Paris are taking over! Paris Hilton, 37, and Paris Jackson, 19, may pack plenty of star power on their own, but when they come together, it’s double the fun, as was evidenced when the twosome was snapped hanging out for Hilton’s birthday this weekend.

“Paris & Paris,” the guest of honor wrote on a shot of her and Jackson holding (what else?!) a ‘Paris’ themed pillow.

Believe it or not, the two fashion legends actually go way back. According to the elder Paris, her younger counterpart was even named for her! As she reportedly told Extra back in 2009, she grew up “knowing Michael very well, and when he had his daughter, he always loved the name Paris and grew up being an uncle to me. So he asked my mom if it was okay, and of course she said ‘yes.”

Hilton certainly didn’t mind. “I think she’s such a beautiful little girl, and I’m proud to have the same name,” she told the outlet at the time.

Now, it appears Jackson feels the same, partying with her namesake at the “I Need You” singer’s NYC bash before jetting off to London for NYFW.

Celebrating my #Birthday with my beautiful fam. 🎶👯👯🎶

“Celebrating my bday with my beautiful fam,” the perfume queen wrote.

From the looks of her stunning décor, which included a bevy of bronze birthday balloons, it was quite the shindig, indeed.

Happy birthday, Paris! We hope it was fab!

Are you excited to see Paris and Paris hanging out? Share over @BritandCo.

Nicole Briese
Nicole is the weekend editor for Brit + Co who loves bringing you all the latest buzz. When she's not busy typing away into the wee hours, you can usually find her canoodling with her fur babies, rooting around in a bookstore, or rocking out at a concert of some sort (Guns N' Roses forever!). Check out all her latest musings and past work at nicolebjean.com.
Birthday
Celebrity News
Birthday Celebrities Friends