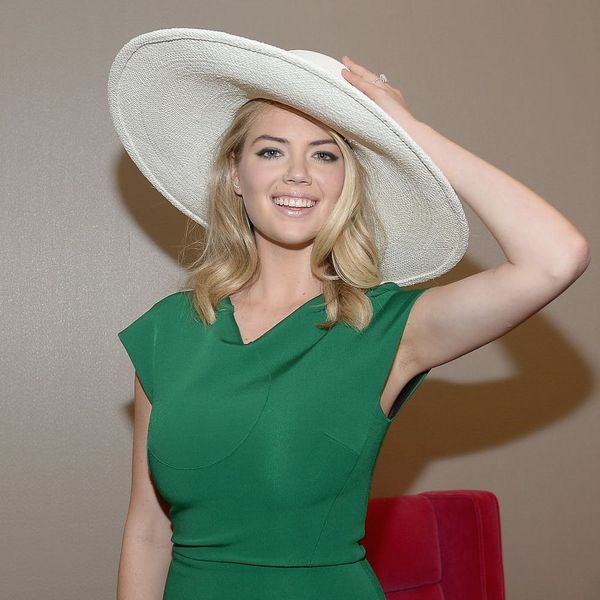 Paul Marciano, one of the co-founders of iconic brand Guess, is stepping down from his role as the company investigates allegations of sexual misconduct levied at him by model Kate Upton.

Marciano will not be involved in daily operations at the clothing brand he co-founded with his brothers, Maurice, Armand, and Georges for the duration of the investigation, dropping his title of chief creative officer.

“I have pledged my full cooperation to the Company, and I have the utmost confidence in our CEO, Victor Herrero, to continue leading the Company during this time,” Marciano said in a statement.

“The Company takes very seriously any allegations of sexual misconduct, is committed to maintaining a safe work environment, and looks forward to the completion of a thorough investigation of all the facts,” a GUESS spokesperson said in a separate statement.

Upton originally revealed that she had been harassed in a tweet, in which she feigned surprise that Guess was continuing to align itself with Marciano in the wake of the #MeToo movement. “It’s disappointing that such an iconic women’s brand @GUESS is still empowering Paul Marciano as their creative director #metoo,” she wrote.

A week later, she spoke with TIME, outlining her allegations in full. Among her allegations, Upton accused Marciano of fondling her and commenting on her body’s shape and size. She also recalled a photo shoot in which she alleges that her former boss repeatedly tried to get her alone until, she says, he fired her for refusing to follow through with his demands.

GUESS has brought on law firms O’Melveny & Myers and Glaser Weil to lead the investigation on behalf of the company, but have yet to announce what the next steps will be. Marciano will retain his title of co-founder while the lawyers investigate.

In response to Upton’s allegations, former Guess model Hailey Baldwin has thrown her support behind her onetime colleague. Baldwin told PEOPLE, “I think that what she’s doing is using her platform correctly and using her voice to bring awareness to the kind of shady and dark side of what we do.”

“Because it happens, and it doesn’t happen like that to everybody, but unfortunately it happens to a lot more people than you think.”